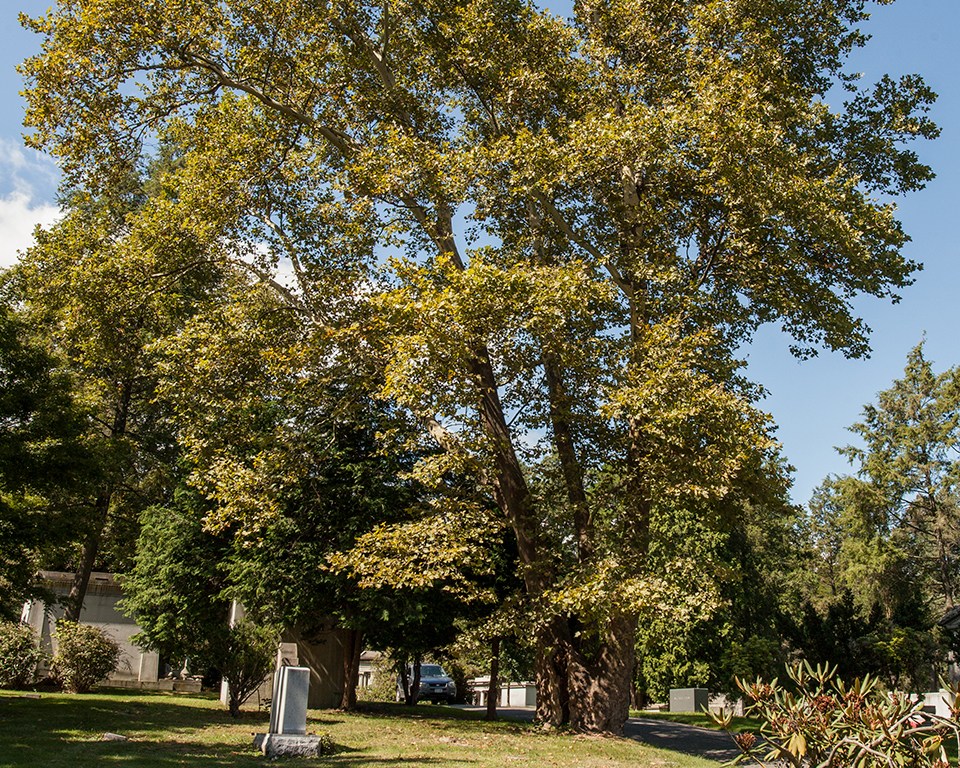 This tree is over-planted in many areas and should be used less often. Planetree prefers moist soil but will tolerate drier conditions. In some years leaves scorch when the summer is dry. It is an urban tolerant tree standing typical city conditions nicely. The tree compartmentalizes decay fairly well and resists breakage. Planetrees are among those susceptible to summer branch drop according to surveys in California. Summer branch drop is a phenomena resulting in failure and breakage of large diameter, live branches typically on calm summer days.

Plants are more resistant (not immune) to the anthracnose that afflicts Platanus occidentalis. However, it is very susceptible to canker stain, a disease which has caused its demise in some areas. In most years trees are infested with lace bugs which causes premature defoliation in summer. It is also reported to be susceptible to ozone pollution injury in laboratory tests at levels often present during the summer, but damage from air pollution in the landscapes appears minimal.

Some people object to the large leaves, bark, fruit and twigs which often begin falling from the tree in late summer. ‘Yarwood’ has almost white bark, and this develops at a very early age. The planetrees are probably best suited for planting along water ways and in parks where quick shade is needed to help stabilize against erosion and to minimize water runoff. This tree is pretty in winter with its exfoliating bark against a bright blue sky. Pollen causes significant allergies in certain people. Contact with the leaves causes skin rashes.

Wood is considered diffuse porous meaning that there is little difference in size of pores between spring and summer wood. Foliage summer nitrogen content on established trees in irrigated landscapes in California ranged from 1.4 – 2.6 percent.