For the last nine years on the first weekend of May, the Municipal Art Society has hosted #JanesWalkNYC featuring free, volunteer-led “walking conversations” inspired by urban activist Jane Jacobs. This year, due to coronavirus-related restrictions, the festival has been transformed into “Jane’s Walk NYC (from Home),” and The Woodlawn Cemetery is proud to be a part of it. 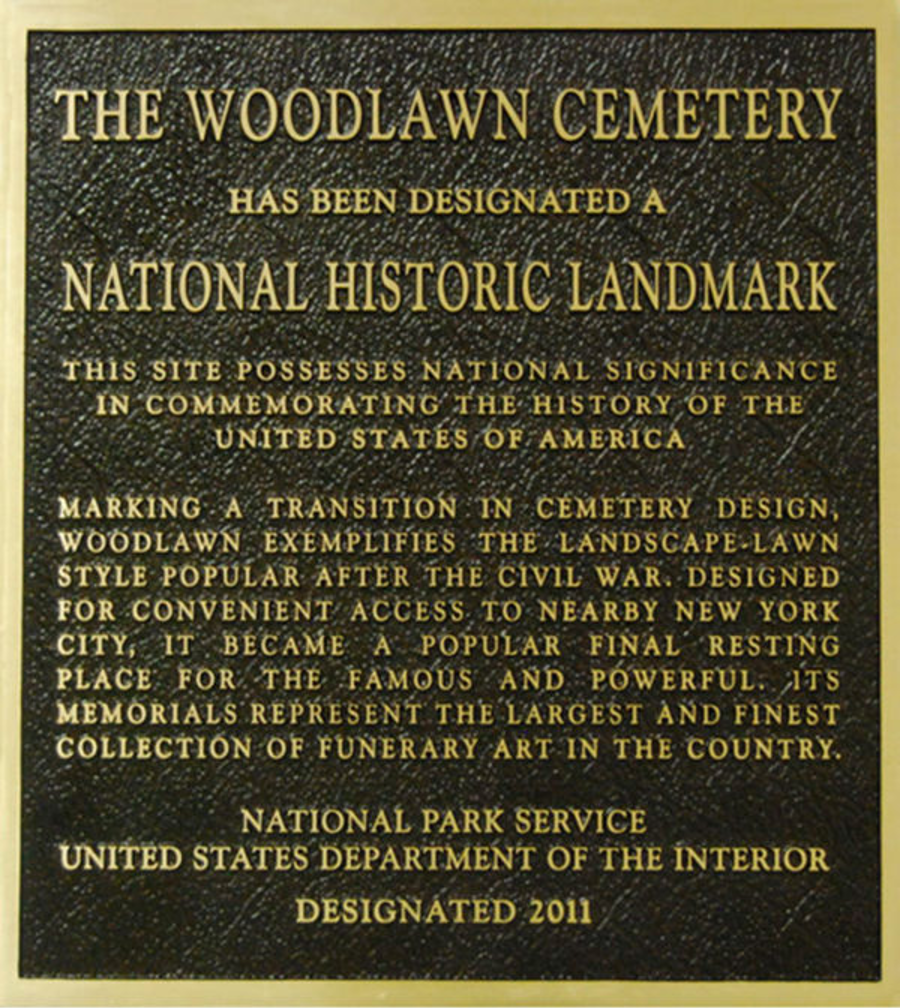 The Woodlawn Cemetery, designated a National Historic Landmark for the significant works of art and architecture that graces its grounds, is also recognized for the New Yorkers memorialized within the 400-acre site. Visitors can still walk the 17 miles of roads every day, or take a brief virtual tour.

Evangeline Wilbour Blashfield, founder of the Municipal Arts Society, is memorialized with a tasteful Tennessee Pink monument created by the Piccirilli Brothers. This family of stone carvers from Carrara, Italy, is known for producing iconic works such as Central Park’s Maine Memorial, the Fireman’s Memorial on Riverside Drive, and the Lincoln Memorial for Daniel Chester French. 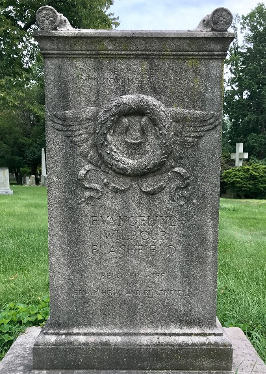 Not far from the Blashfield site is the simple grave of Samuel Parsons Jr., who served as New York City’s head landscape architect from 1895-1911. As the founder of the American Society of Landscape Architects, one of his best-known designs is Morningside Park.

It seems fitting that Robert Moses rests in a large community mausoleum situated adjacent to the on-ramp leading to the Major Deegan. The “Power Broker” is remembered by a simple red granite slab bearing his name and date of birth and death. 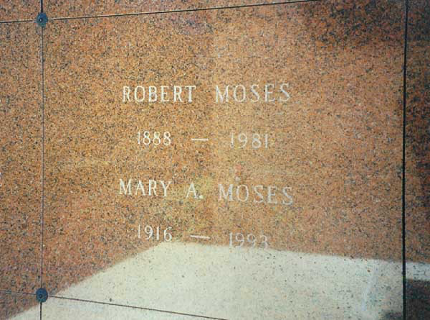 Traveling to the Bronx has always been a challenge! The three visionaries who spearheaded the construction of New York’s Champs Elysees, better known as the Grand Concourse, are all buried at Woodlawn. Louis Aloys Risse, Louis Heintz, and Louis Haffen (the first Bronx Borough president) planned the major roadway designed for automobiles to tour the “Beautiful Borough.”

Remembered with a monument erected by his friends, Charles Stover served as Parks Commissioner from 1910-1913.  He was known for promoting the widening of Riverside Drive and developing parks for recreational use. A man of mystery, Stover disappeared for months, resigning his position in 1913.  Robert Moses had a bench in Central Park dedicated to his memory, declaring Stover the “Founder of Outdoor Playgrounds.” 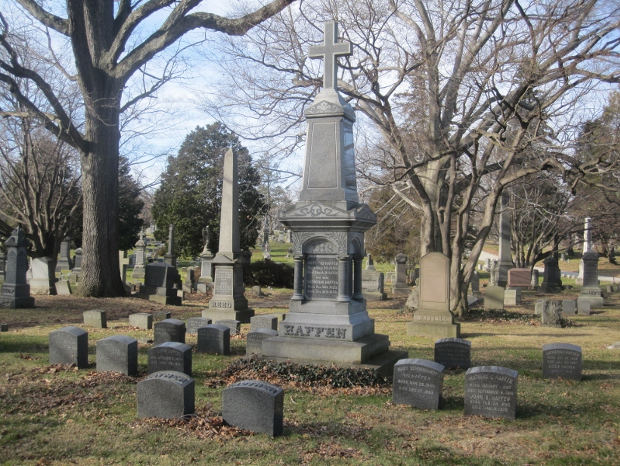 Just a stone’s throw from author Herman Melville is the stately ledger that marks the final resting place of George Burnett Ford, an early leader in the urban planning movement. He is known for rezoning and establishing building height restrictions in post WWI New York.

The Woodlawn Cemetery continues to serve our community as an active cemetery. It is a landmark, an arboretum, and the place where many of New York’s most notable visionaries are commemorated. If you have questions or would like more information about our cemetery or our services, reach out to us anytime.