Breathing New Life into a Historic Crematory and Chapel 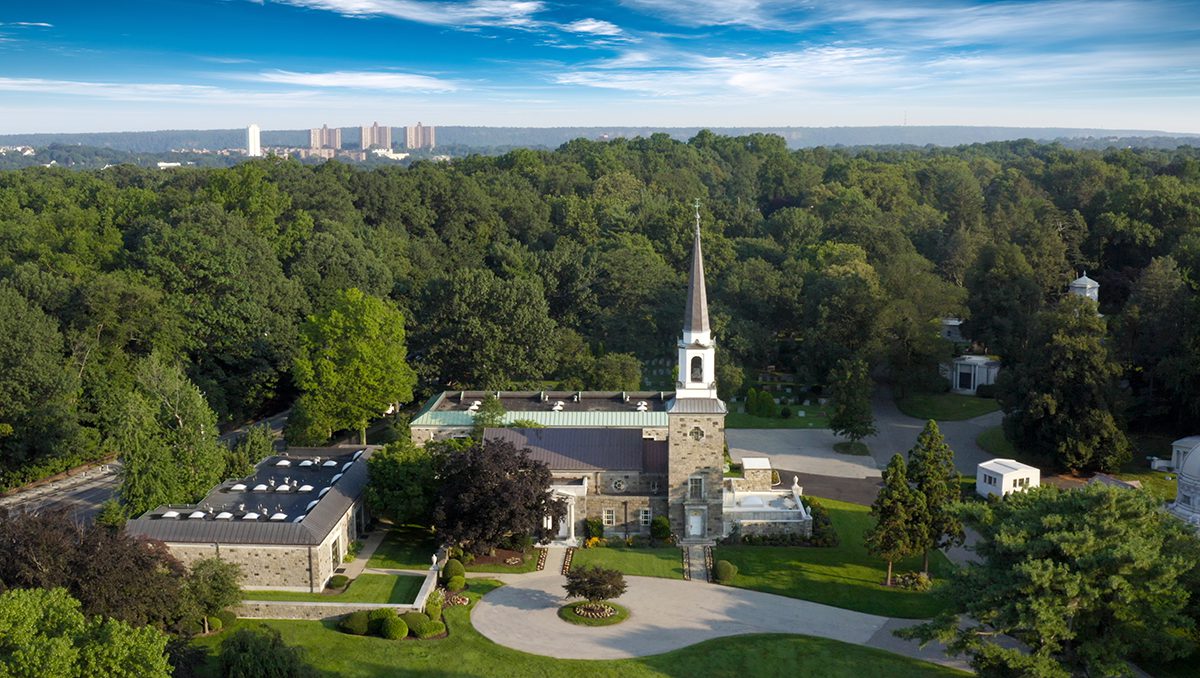 This is an abridged version of an article written by previous CEO of Woodlawn Cemetery Mitch Rose, who retired after 11 years of dedicated service. We hope you enjoy reading about how Woodlawn has evolved to meet family’s needs over the years, including the restoration of our beautiful Woolworth Chapel.

Woodlawn Cemetery was founded in 1863 by a group of prominent New Yorkers who wanted burial to be more accessible to Manhattanites. 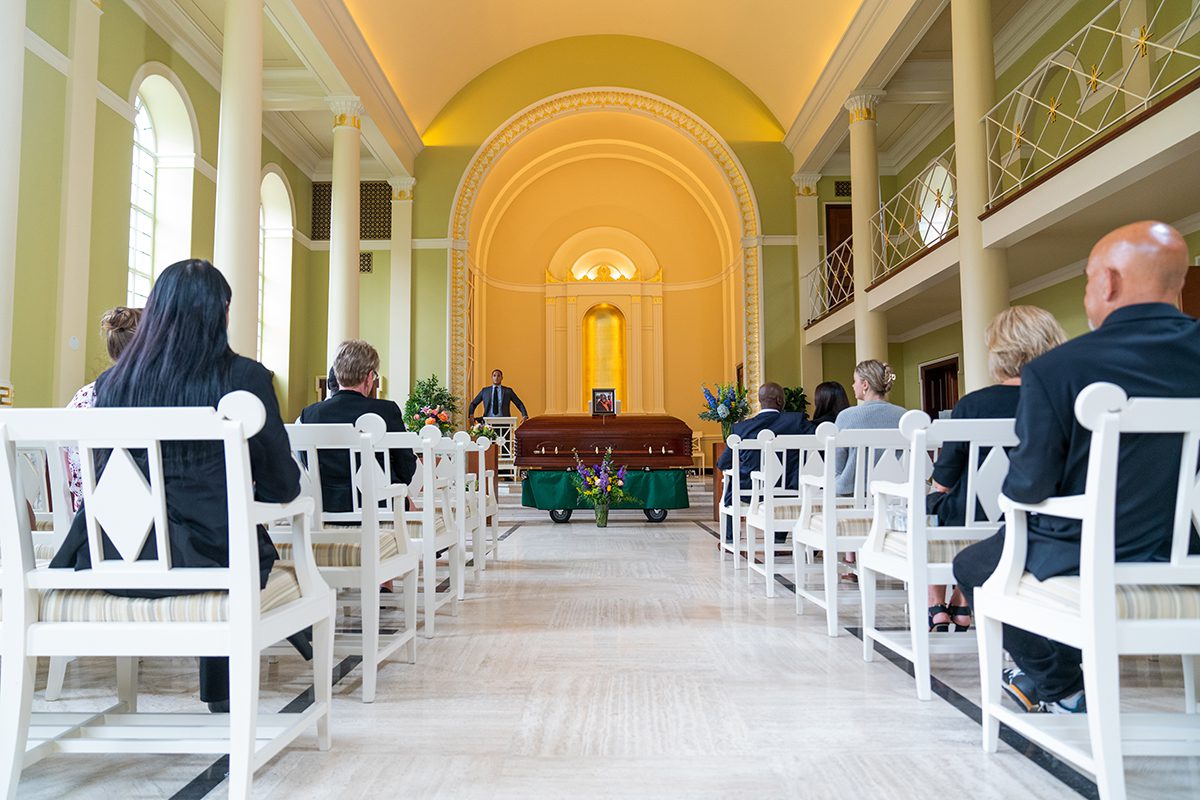 Fast forward to 2021 … Woodlawn has expanded to 400 acres with over 310,000 individuals laid to rest within our urban oasis, which is described by the National Park Service as “a resting place for the famous and powerful.”

In 2011, Woodlawn Cemetery was honored to receive National Historic Landmark status. The cemetery now welcomes over 100,000 visitors from across the world each year who enjoy our trolley tours and the peaceful serenity of our arboretum, which has received internationally recognized Level II Accreditation.

I joined Woodlawn as the vice president of operations in February 2010 and went on to become president of the cemetery in 2014. I also served as a board member for the Cremation Association of North America from 2012 to 2020, eventually becoming president in 2018.

My involvement in CANA gave me particularly helpful insights into consumer trends and rising interest in cremation. New York was listed in the top 10 states for growth in number of cremations. As the only crematory located in the Bronx, Woodlawn has been performing cremations since 1977 when a crematory was added to the historic Woolworth Chapel. At this point, the state’s cremation rate was less than 10 percent of all annual deaths.

In New York, we’ve noticed that consumers are becoming more educated about cremation overall and families of all races and religions are choosing this method of disposition. We even offer specific tours at Woodlawn to show families who have chosen cremation what their final resting place options are within our cemetery.

As cremation rates continue to rise, it became clear to all of us at Woodlawn that we needed to not only find a way to increase the number of cremations we could perform but also upgrade our facilities, including a complete restoration of the Woolworth Chapel, to ensure we would be able to effectively serve families for years to come.

The challenge presented to us wasn’t just the cost and time it would take to upgrade our infrastructure — our aging facilities needed improvements too. This was further complicated by our National Historic Landmark status, which could be revoked if we did anything too drastic to alter the structure of our building.

All of this resulted in a renovation project totaling over $1 million that lasted several years. Here’s how we got there.

The Beginning of the Process

In 2017, Woodlawn’s Building & Grounds Historic Preservation Committee underwent a thorough review of the crematory and the chapel. They consulted with Centerbrook Architects to create a Historic Structure Report for Woodlawn. 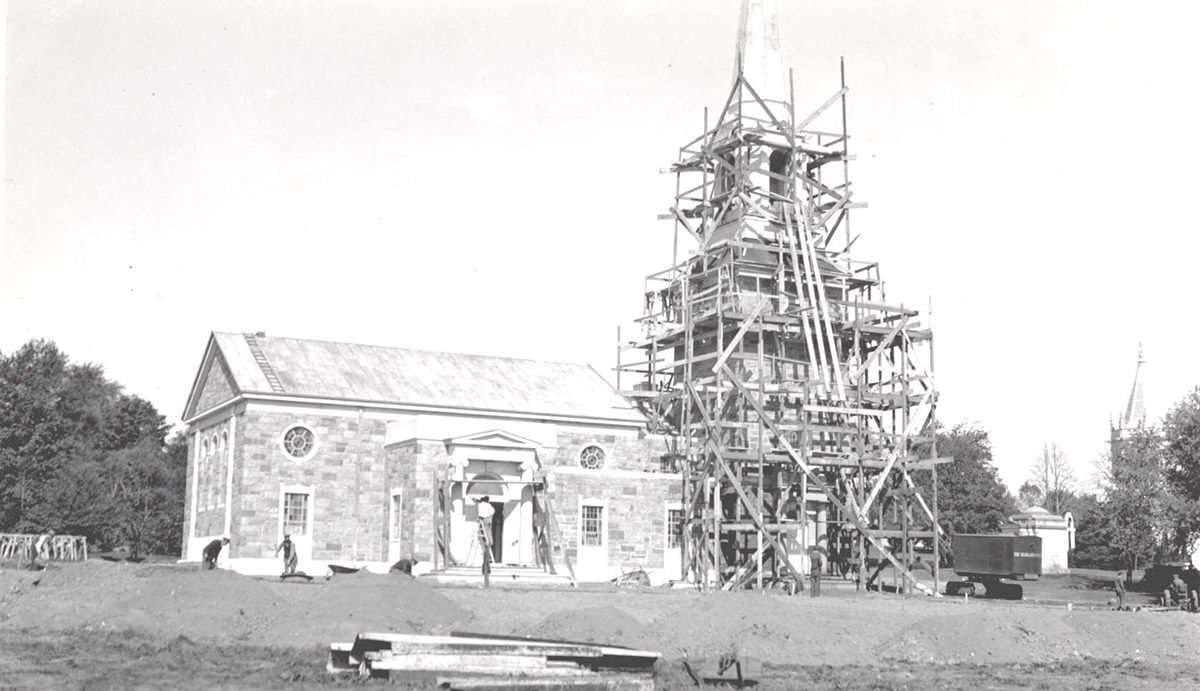 In March 2017, I went to the New York State Cemetery Board, which approved our project, but this was just the beginning of our journey. We were later denied by the Department of Buildings twice — both in 2017 and in 2018.

We came to discover that the Certificate of Occupancy and variance request that was given to Woodlawn in 1977 never should have been granted. The Department of Buildings could not stop our operations because they were the ones who originally approved it. It’s unclear how this escaped the attention of the regulatory agencies for decades, but one of the main reasons it may have gone under the radar is that the crematory at Woodlawn never experienced a fire or any major issues since its inception.

One of the rejections was specifically related to the chimney located on the rooftop of the chapel. It was much too close to the structure and the temperatures were too high. To meet the current standards, we would have had to install a 20-foot stack on our roof. We were at a crossroads, as any major changes to the Woolworth Chapel would jeopardize our status as a National Historic Landmark — and this chimney was a contributing feature to our status. If we lost this status, we would no longer qualify for federal, state, and private grant support, which would risk our status as a 501(c)(3). Not to mention, we’d radically alter the aesthetic of our beloved chapel.

We worked with multiple manufacturing companies to create a customized plan that would allow for cooler air to be infused at the beginning of the stack to lower the overall temperature within the chimney. We still needed a stack, but it didn’t have to be as high, and we could put the stack inside the existing chimney. It took us over a year and several attempts to navigate these incredibly complicated issues.

Once we were approved to move forward, we decided to shut down the crematory in June 2020 to begin work.

Shutting Down During a Pandemic

While we were relieved to have found a solution that seemed to serve us in all capacities, there’s no way we could have anticipated the events of 2020.

Just like the rest of the world, we watched in horror as COVID-19 took over the world — with New York City emerging as America’s epicenter, taking the lives of thousands upon thousands.

We had to make an extremely difficult decision: Should we continue pushing our equipment beyond its capacity or should we unplug during the worst pandemic in over a century? Ultimately, we kept our crematory open for a few weeks longer than we had originally planned and shut our doors later in the summer of 2020.

The doors to our crematory were opened again by May 2021.

Over 25 percent of the cremation families we serve at Woodlawn prefer to use the Woolworth Chapel for committal services, which is a 35-to-40-minute gathering, totaling around 600 services annually.

The Woolworth was designed by architect Robertson Ward in 1934 and funded by Fred and Velma Woolworth. Our chapel features terrazzo marble floors, along with a one-of-a-kind bell tower, providing a beautiful setting for groups of up to 100.

When we made the decision to renovate our crematory infrastructure, we decided to include a complete restoration of the Woolworth. We not only wanted to bring this chapel back to its original beauty, but we also want to make our entire facility less clinical and more hospitable and inviting to families.

Through our analysis of the chapel, we realized four layers of paint had to be stripped to get to the original surface. We had to undergo a complete repainting process, which included the addition of gold foil paint to match the original design. We also restored the historic windows and flooring, along with adding in special acoustic tile to absorb sound better, which combatted the echo and reverberations throughout the building.

Knowing that more families would want to use this historic space for their healing, we knew we needed to make major updates to address the trends we were seeing, including the witnessing of cremation.

We enlisted the help of J. Stewart Todd to make our cremation witnessing area more appealing overall. We revamped the basement area completely, taking it down to its bare foundation, and went with a softer, blond wood throughout the interiors. We also installed a large skylight, measuring about 10 by 10 feet, to bring in natural light to the space and reflect upon the wood. Even on a cloudy day, you can still see sunlight in our witnessing area.

With around 5 percent of cremation families preferring to witness their loved one’s cremation, we wanted every family’s journey from the chapel to the cremation witnessing area to become as seamless as possible. To accomplish this, we replaced our industrial forklift with an elevator, enabling a family to stay at the side of the deceased from the end of the committal service in the chapel to the beginning of the cremation.

We are proud to serve as the exclusive provider of the Cremation with ConfidenceÔ Guarantee in our area. After getting our new equipment installed, we reviewed our existing policies for our cremation procedures and codified them. We launched our new crematory with more comfort for families overall.