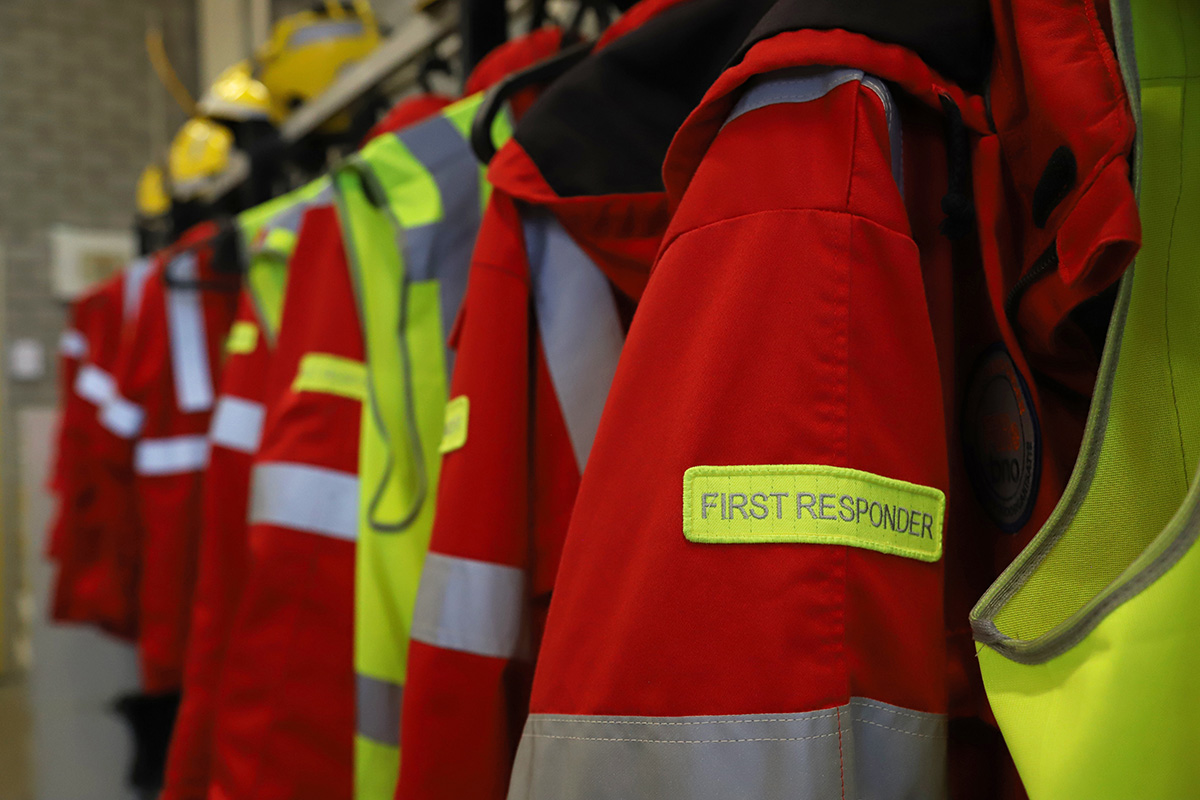 Twenty-one years ago, the September 11 terrorist attacks forever changed our nation. These tragic events are etched into the minds of anyone old enough to remember that day. Nearly 3,000 lives were taken; 11 of these men and women are laid to rest here at The Woodlawn Cemetery. Every year, we honor their memories, reading the names of each victim. We are also paying special tribute on our Facebook page sharing a series highlighting those who are forever at rest at Woodlawn.

Among the 3,000 lives lost were 441 first responders – the firefighters, police officers, paramedics, and other rescue workers who rushed to help those in need.

In total, tens of thousands of first responders ran toward danger to help their fellow Americans. From New York City to Arlington, Virginia, and the fields of Pennsylvania, these brave men and women put their own lives at risk.

Here at Woodlawn, we have the distinct honor of being the final resting place for two of these heroes: Firefighter Manny Delvalle Jr. and Firefighter Gerard Baptiste.

Chapel Hill Plot Section 5, Lot 17689
Firefighter Manny DelValle Jr. was 32 years old and part of Engine Company No. 5. He was the only member of Engine 5 who did not make it safely out of the North Tower. A 7-year veteran of the New York City Fire Department, Firefighter DelValle responded on 9/11 even though he had just finished a tour of duty.

At his home here in the Bronx, Firefighter DelValle loved music, took advanced classes in salsa dancing, and was an accomplished moguls skier and roller skater. He graduated from the University of Maryland and cared deeply for his large family. They say he was the one who always sent a card and gift to siblings, half-siblings, and cousins. Visit his monument to see the bright smile of this beloved hero.

New York Firefighter Gerard Baptiste joined the National Guard when he was 18 years old. At 27‚ after attending the Military Academy in New Jersey‚ he became a Second Lieutenant in the Reserve and was stationed in Long Island and then in New York City at the 69th Military Infantry. At 30‚ he graduated from the Fire Academy and became a firefighter.

Firefighter Baptiste was known for carrying treats for the many dogs that walked past Ladder 9 in SoHo. He was also known for his love of New York and the people who called the city their home.

As another September 11 comes and goes, we encourage you to reflect on the courage and selflessness of first responders then and now. In spite of the lives lost . . . in spite of the long-term health consequences others suffered from the attacks . . . first responders across our great city continue to make countless sacrifices every day.

As they work to keep our communities safe and give us a peaceful place to call home, we extend our heartfelt gratitude for all they do our behalf.