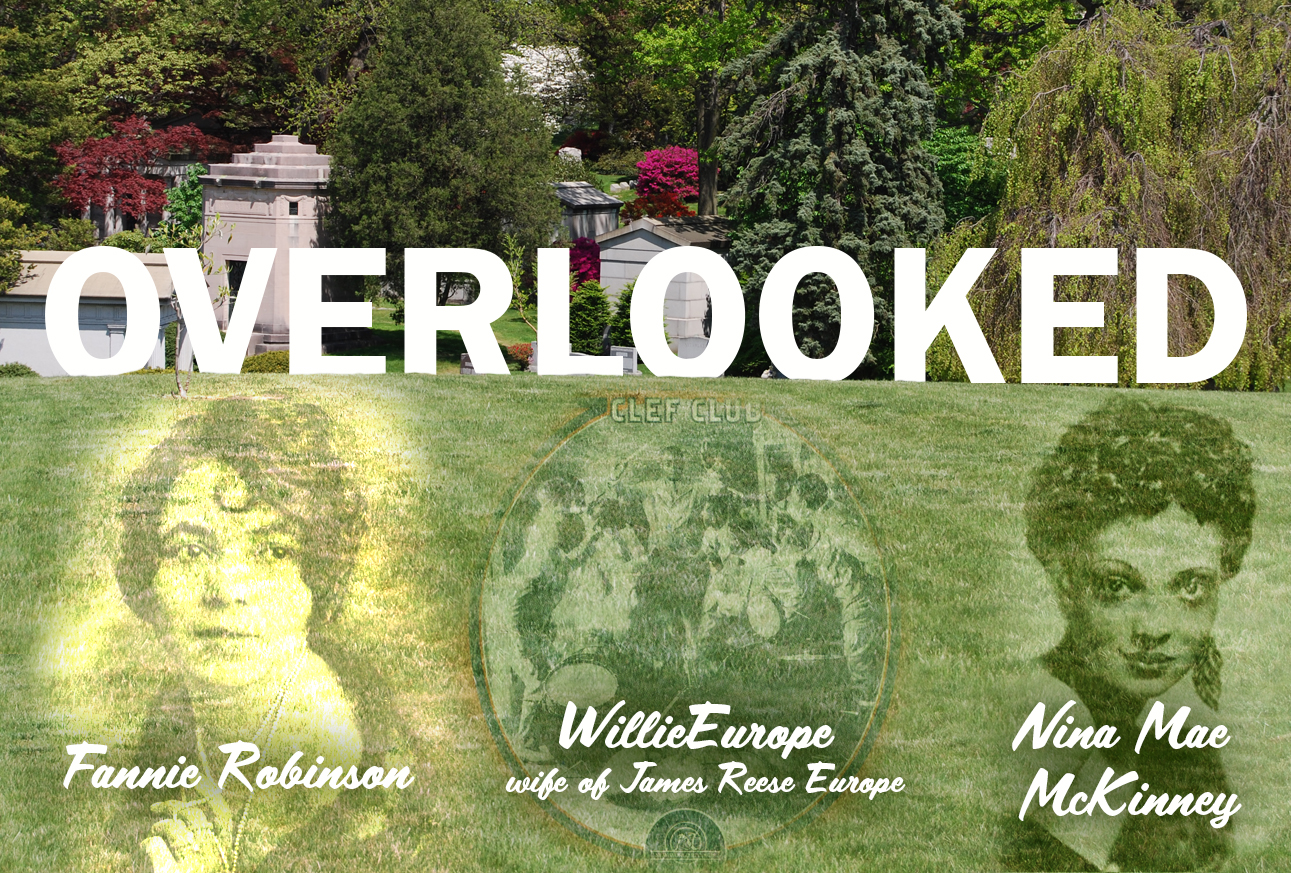 To commemorate Black History Month, the New York Times featured obituaries of prominent people whose deaths were not reported in the newspaper; in a section they titled “Overlooked.” Among those whose life stories were told was that of actress Nina Mae McKinney, a movie star known as the “Black Garbo.”  When she died in 1967, she was laid to rest in the Cosmos Plot of The Woodlawn Cemetery, in a lot purchased by her mother, adjacent to space where another film star, Canada Lee (1907-1952) is memorialized.  Her grave is unmarked.

Reading about this forgotten star, realizing that without a gravestone she will always be “Overlooked,” we turned to our research volunteers to identify other individuals who were well known during their day who do not have memorials.  We focused on the Cosmos Plot, where many women who rose to fame during the Harlem Renaissance are buried.  We discovered that Fannie Clay Robinson (1899-1969), the second wife and manager of Bill “Bojangles” Robinson, has no inscription.  She was the daughter of former slaves, educated in Tennessee, and after relocating to Chicago she connected with the tap dancing superstar.  The couple was married for 21 years before separating as friends.  Fannie rests with the Thomas family, friends from her early years in New York.

When Willie Europe, the widow of celebrated band leader James Reese Europe, died many of the musicians associated with her husband attended the service.  Harry T. Burleigh sang at the funeral where hundreds gathered in Harlem.  Mrs. Europe was buried in a small lot owned by her sister in law not far from Jazz Pioneer Joseph “King” Oliver.  Obituaries for Willie Europe appeared in several of the publications that shared the news of the African American community.  Each article told of the accomplishments of her husband and the military band that introduced jazz to France.  Very little information was given about her, and there is no grave marker at Woodlawn to tell her story.

As we transition from Black History Month to March when we celebrate Women’s History, we’ll search for more “Overlooked,” individuals.  We can include their stories in our tours, add them to our lists of notables, and come up with ways to memorialize them.  In recent years, markers have been provided for Hubert Harrison, the great orator and writer known as the “Harlem Radical” , vaudeville star Nora Bayes, and Bessye Bearden, a social activist and mother of artist Romare Bearden.

At Woodlawn, we believe everyone should be memorialized and through the efforts of our volunteers and the members of the Conservancy we can find a way to make sure no one is ever Overlooked.