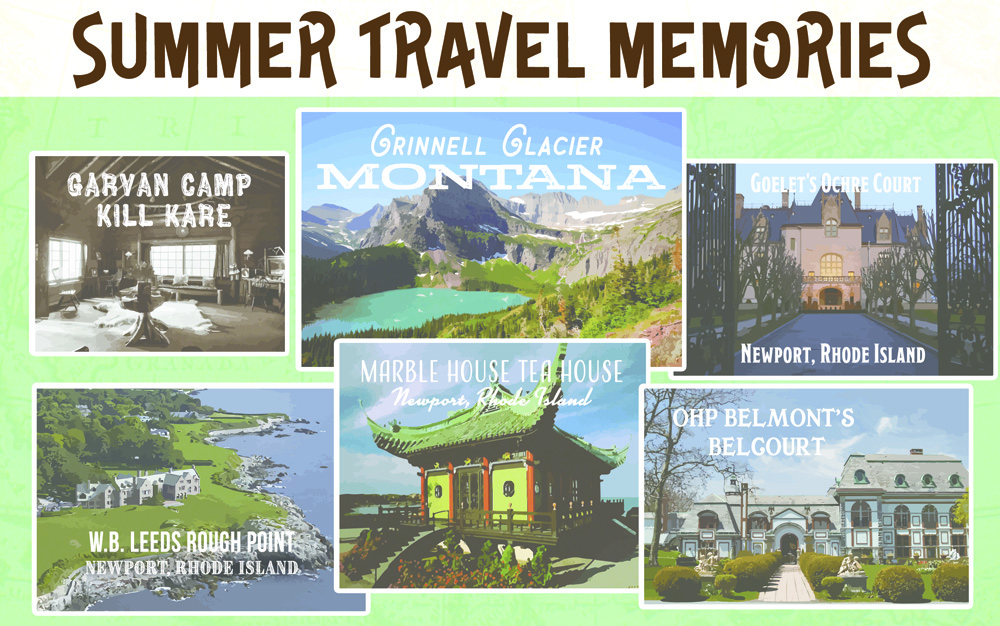 There are many ways to honor the individuals who have made a difference in our lives, contributed to our culture and built the significant landmarks we tour when we are traveling. This summer, when you go on vacation, take time to stop and visit the incredible places that share the stories of those who are in Woodlawn’s care. No matter where you go, you’ll find a Woodlawn Connection!   Newport, Rhode Island is a resort town where many New Yorkers went to escape the summer heat. Known for its “cottages,” these American castles were the vacation homes of the Vanderbilts, Belmonts, Goelets, Oelrichs and Leeds families.  Breakers, Marble House, Belcourt, Ochre Court, Rosecliff and Rough Point were all owned by Woodlawn Lot owners. In addition to being a seasonal retreat, Newport is where so many of Woodlawn’s musicians were the stars of the Newport Jazz Festival. 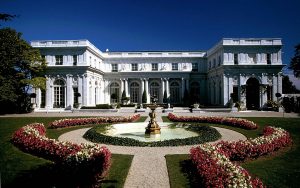 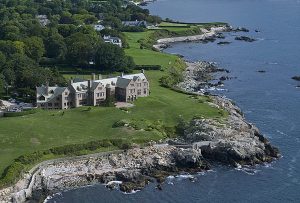 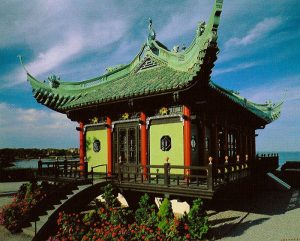 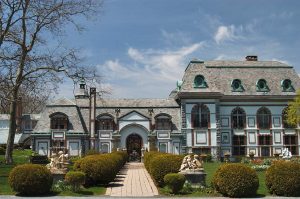 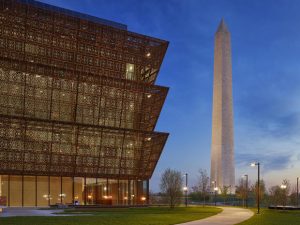 Several of America’s great museums exhibit the art and artifacts collected by Woodlawn Lot owners. If you take the train to Washington, DC, visit the National Gallery of Art to see paintings donated by Samuel Kress of department store fame. Not far from the Gallery is the National Museum of the American Indian, where the collections of George Gustav Heye are displayed. You can even see the key to his mausoleum here at Woodlawn!

The new National Museum of African American History and Culture has an exhibit that shares the story of self-made millionaire Madam C.J. Walker. 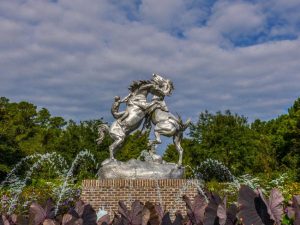 One of the most incredible public spaces created by a Woodlawn Lot Owner is Brookgreen Gardens, not far from Myrtle Beach, South Carolina. One of the “Top Ten Gardens” in the United States, this 9,100 acre park displays sculpture collected by Archer and Anna Hyatt Huntington. You’ll find many works by the artists who created Woodlawn’s memorials. Brookgreen is also where you can see the original white marble Irene and Vernon Castle memorial on display. 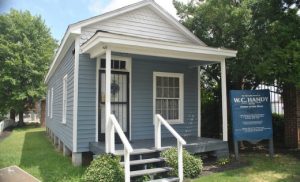 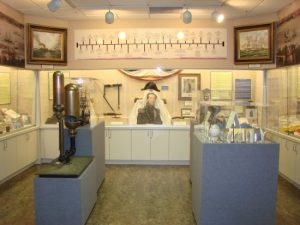 When you drive south, be sure to head to Memphis, where you can stop in to see the WC Handy House Museum. While you are travelling through Tennessee, you can tour the Farragut Museum, which honors the first Admiral of the US Navy. The Lowe Museum in Coral Gables was the first museum in South Florida, established in 1950 by Joe and Emily Lowe, the generous owners of the “Popsicle” company.

For those who travel west, the Boulder, Colorado History Museum was once the house of John and Kate Harbeck, owners of Woodlawn’s most impressive mausoleum. The Haggin Museum in Stockton, California, was established by James Ben Ali Haggin’s daughter, Ella. It has a substantial collection of works by illustrator JC Leyendecker. 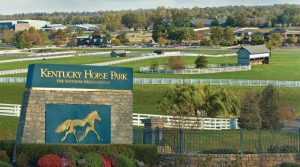 This summer, the Kentucky Horse Park is commemorating its 100th Anniversary with special exhibitions and events. The museum is located in Lexington, on the land once owned by Lamon V. Harkness. The descendants of Dr. William Seward Webb and his wife Lila Vanderbilt share Vermont’s Shelburne Farms, a complex of buildings and farmland dedicated to “Educating for a Sustainable Future,” with the public. The William C. Whitney Wilderness Area in the Adirondacks is part of New York’s Forest Preserve and is a great place for hiking and canoeing. 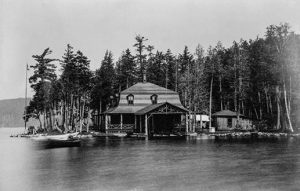 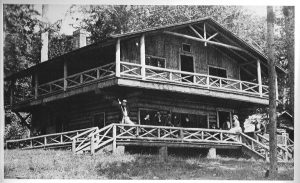 Many Adirondack “Camps” have Woodlawn connections. The Hedges was once owned by Civil War General Hiram Duryea. Now a popular place to stay, visitors can sleep in the General’s room! Camp Pine Knot, once owned by railroad magnate Collis P. Huntington, is now known as SUNY Cortland, deeded over by the family in the late 1940’s. When you drive back to the city after spending time up north, you might pass by Harkness Memorial State Park, in Waterford, Connecticut. The summer home of Edward and Mary Harkness was designed by James Gamble Rogers, the architect who planned their extraordinary mausoleum. There are so many parks, beaches, historic houses and museum exhibits that honor those at Woodlawn. Take time to remember their contributions and send us pictures and comments whenever you make a #WoodlawnConnection.