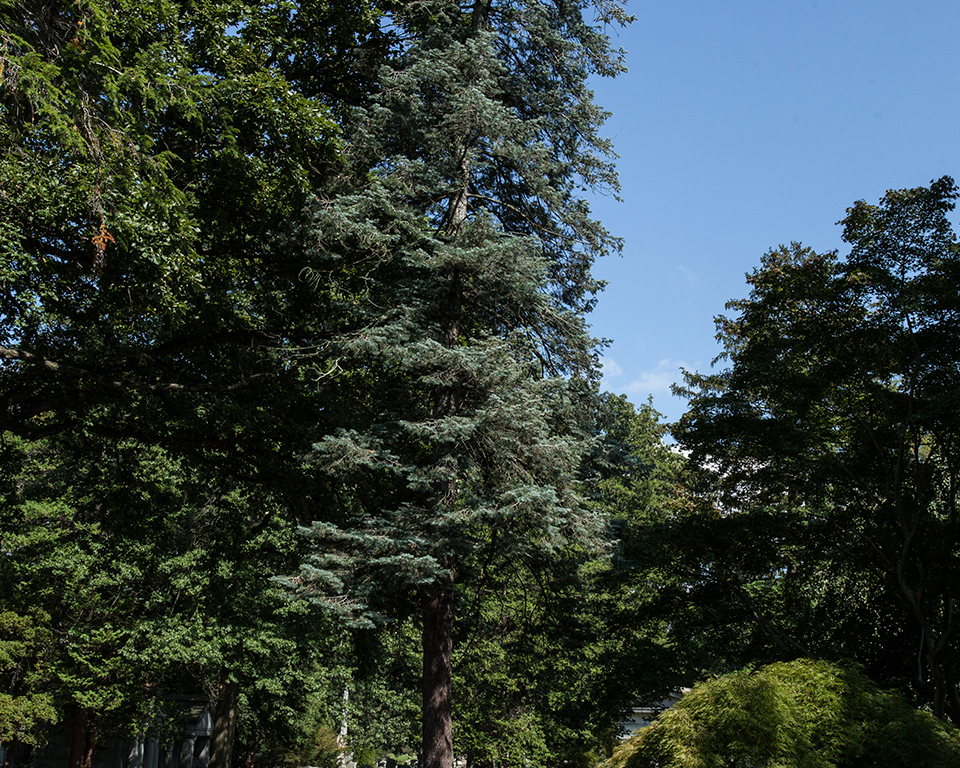 Though native to the Rocky Mountains clear to California, this may the the best fir for the eastern US. White Fir reaches a mature height of 75 feet or more but is often much smaller in the landscape, 40 to 50 feet . It has a pyramidal shape and horizontal branching with the lower branches drooping toward the ground. The tree should be grown in an open area so the lower branches can touch the ground. When branched to the ground, White Fir will cast dense shade which kills turf grass. The foliage is a wonderful blue-gray which appears much like that of the Colorado blue spruce. White Fir may grow one and a half feet per year with good growing conditions. This tree can take exposure and will withstand some heat and drought better than most firs.

White Fir is an excellent substitute for the disease-sensitive Colorado blue spruce, since it is less prone to diseases and needles are not sharp to the touch like spruce. Firs like an organic soil or organic matter incorporated into the potential root zone. Irrigate them in times of drought. Allow for good drainage or plants will decline. This plant is considered mostly allergy free and causes little or no allergy problems in most people. Plants resist browsing by deer.

Trees are often difficult to tell apart from Abies grandis, and these trees will hybridize. White Fir transplants well balled and burlapped, if root pruned before it is moved; otherwise survival may be low. The tree prefers a moist, well-drained loam and dislikes high pH soils and often performs poorly on heavy clay that drains poorly. Root system is usually shallow unless grown in well-drained sandy or loamy soil. Trees do not produce cones annually. Trees are known to live up to 500 years on native habitat. Old trees often are hollow.