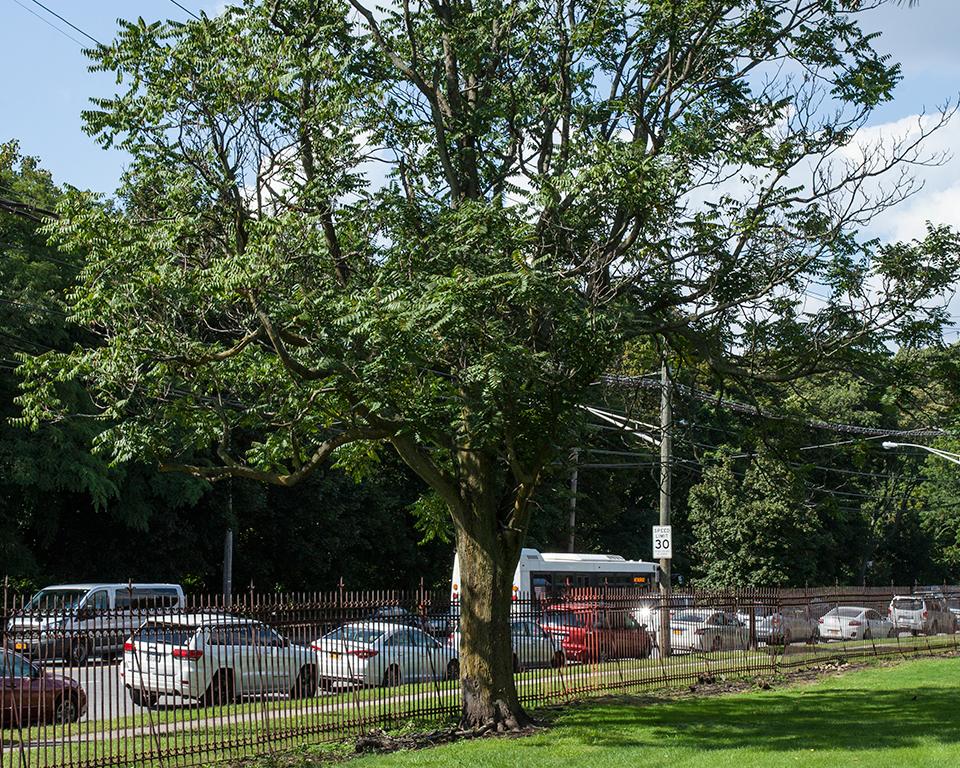 Tree of Heaven performs best in full sun on well-drained, moist soil but this is a tree that will survive almost anywhere, under any urban or suburban conditions. It commonly appears in cracks of pavement or in the cracks in walls or other tough locations. It survives where no other trees will grow such a abandoned trash piles. The tree spreads rapidly by seed and suckers and is considered a weed tree. It can be found in virtually any environment in the eastern US, in ravines and other moist spots in the dry western US. Tree was introduced into the US in 1784 and was extensively planted in cities in the 1800s leading to its escape from cultivation.

I (Dr. Gilman) have seen trees more than 60 feet tall in many locations on the east and west coast of the US. Trees are not as common in the southeastern US as in the north. Some trees tend to have weak wood and split at the crotches, especially if included bark is allowed to develop. Others appear to be fine if the tree structure is good. This tree is among those susceptible to summer branch drop according to surveys in California. Summer branch drop is a phenomena resulting in failure and breakage of large diameter, live branches typically on calm summer days. Trees cast light shade under the canopy making it easier to grow turf under the tree than under other trees with a denser canopy.

Extracts from the bark and roots and leaflets are being tested for herbicidal activity. The wood is considered ring porous which means that there is a large difference in size between the spring wood pores and the summer wood pores. Pollen can cause significant allergy problems for some people.