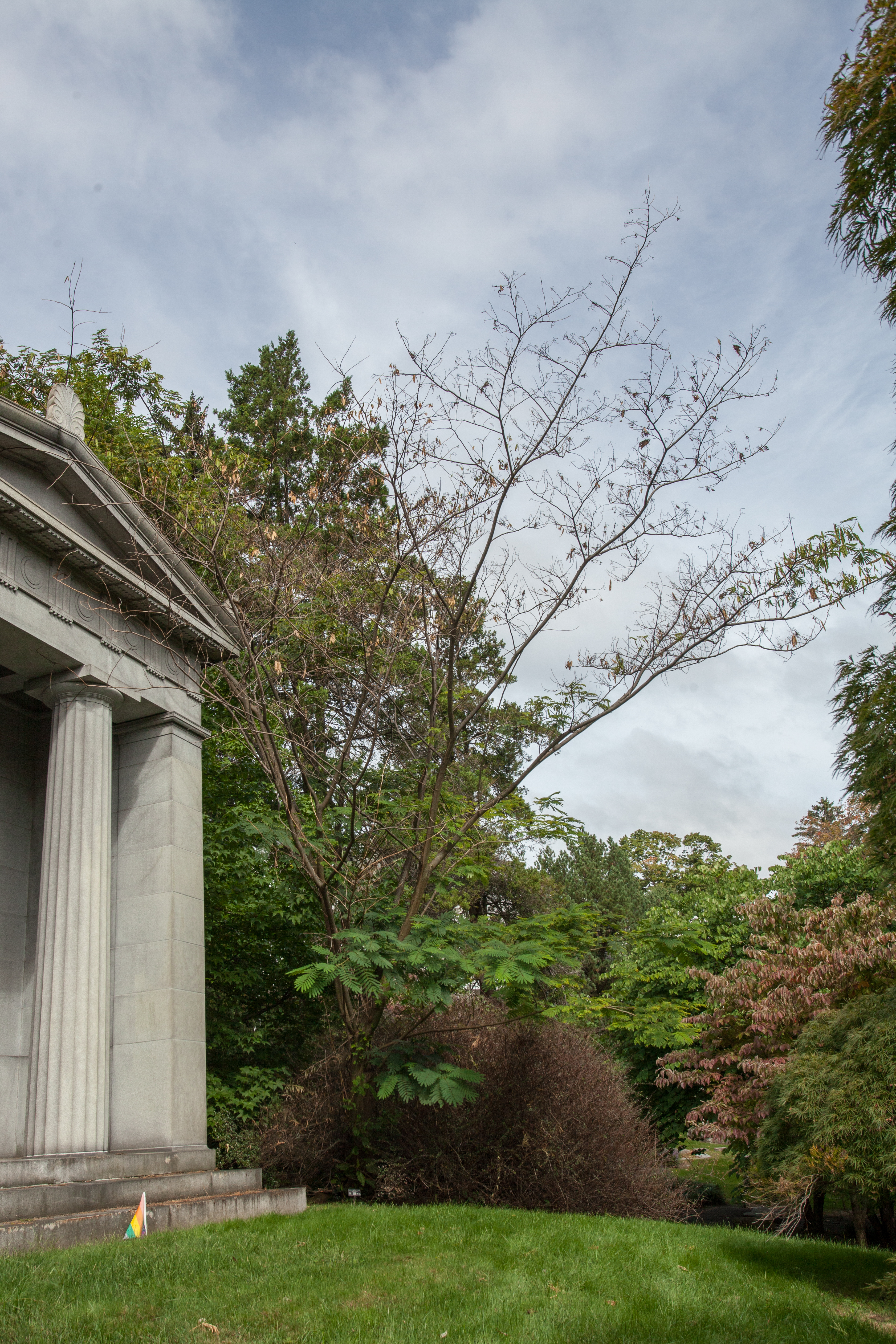 Growing best in full sun locations, Mimosa is not particular as to soil type but has low salt-tolerance. Grows well in acid or alkaline soil but chlorosis occurs if soil is too alkaline. Mimosa tolerates drought conditions well but has a deeper green color and more lush appearance when given adequate moisture. Plants in flower attract hummingbirds. Roots are capable of forming nodules that fix nitrogen.

The litter problem of the blooms, leaves, and especially the long seed pods requires consideration when planting this tree. The wood is brittle and has a tendency to break during storms. The tree is a rank grower with some shoots growing 10 feet or more in one year. Head shoots at the point where you want to develop branches. Young trees are a bit sloppy and often require staking to keep them erect. Regular pruning to lighten the weight of the canopy is often required to keep the plant from drooping over and to develop a taller canopy. Trees cast light shade under the canopy making it easier to grow turf under the tree than under other trees with a denser canopy.

Chlorosis occurs on alkaline soil. Mimosa (vascular) wilt is becoming a very widespread problem in many areas of the country and has killed many trees. The cultivars “Charlotte’, ‘Tyron’ and ‘Union’ are reported to be resistant to wilt, but there are reports of infection even in these. ‘Ernest Wilson’ is the cold hardiest selection surviving winters in Boston.

The wood is considered ring porous which means that there is a large difference in size between the spring wood pores and the summer wood pores. Pollen can cause significant allergy problems for some people.
Plants serve as butterfly nectar sources.