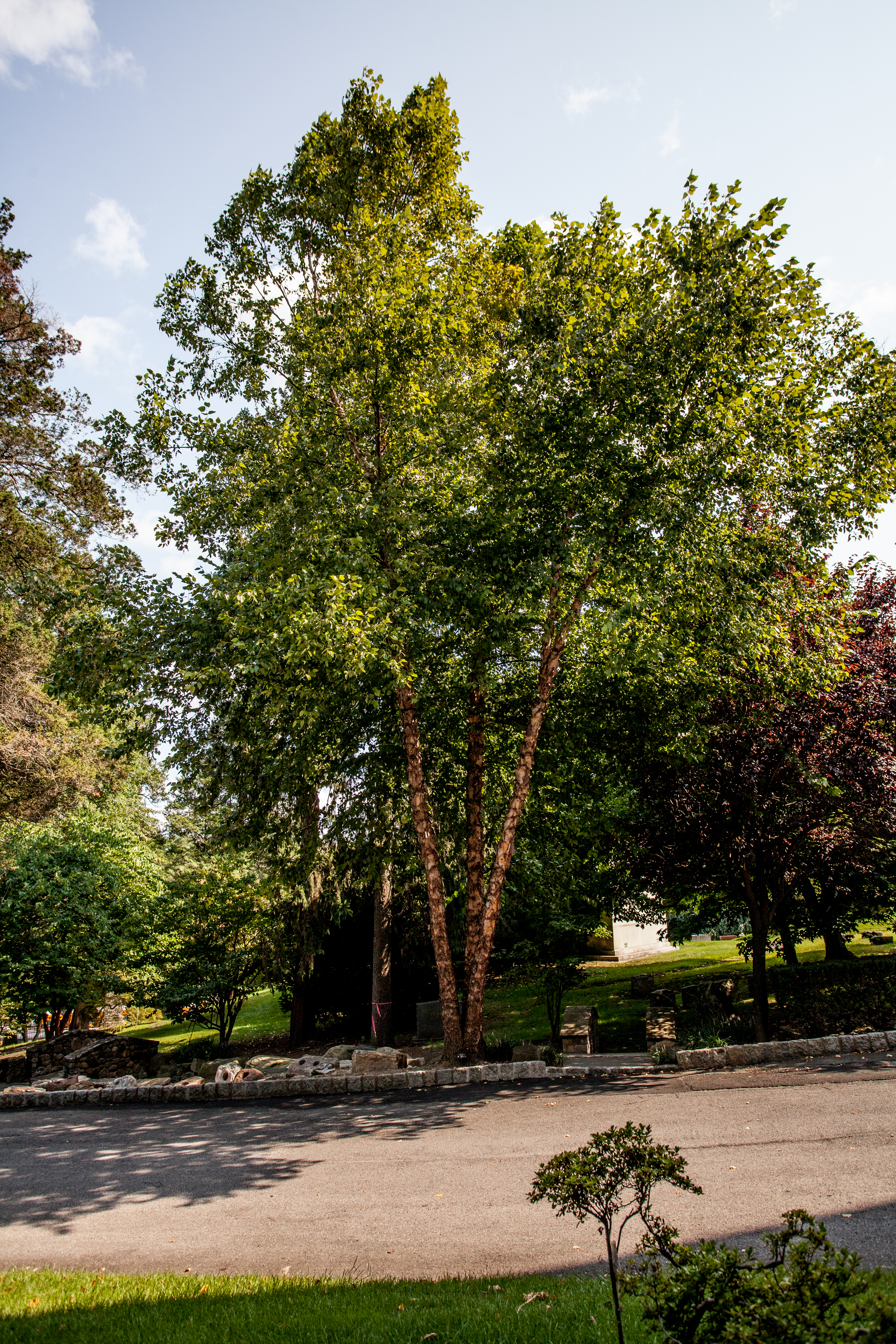 It is very well-suited for planting along steam banks where it is native and in other areas which are inundated for weeks. River birch tolerates low soil oxygen, flooding, and clay soil but needs moist conditions. The tree requires an acid soil, otherwise it becomes chlorotic. River birch is hardy, grows rapidly even as far south as in zone 8, but tends to be short-lived (30 to 40 years) in many urban settings in the south, possibly due to inadequate water supply. Situate the tree so it receives adequate water and allow for plenty of soil for root expansion. Trees cast light shade under the canopy making it easier to grow turf under the tree than under other trees with a denser canopy. Bark in the shade may not generate the light color that is considered so attractive. Birch pollen causes significant allergy in some people but pollen is produced for only a short period and in small amounts.

Plants serve as hosts for butterfly caterpillars/ larvae as well as sources for nectar.

Large trees are prone to trunk decay, especially if they were inappropriately pruned. Not a tree to plant and forget due to irrigation requirement in the southern portion of its range unless there is a subsurface clay layer or other strata that allows for access to a water supply. Plants often do poorly in zone 9 in the eastern US. Deer browse the twigs and foliage in all regions. It is the only American birch that fruits in the spring. Trees are very susceptible to damage from ice loads. Not unlike the elms, small twigs and branches drop regularly from the canopy.

The tree is not as susceptible to bronze birch borer as are other birches. It is not particularly adapted to heat but can make a nice tree in USDA hardiness zone 8b, possibly 9a in the eastern US if provided with irrigation and plenty of soil space. Plants perform best on north facing slopes in the Rocky Mountain region. Consider using Dura-HeatTM in the deep south because it appears more adapted to the heat than other cultivars; plants grow faster than Heritage. Dura-HeatTM has leaves staked closer on the twig than Heritage so plants appear more dense. Parent plant of this Dura-Heat is reported to be from Florida, but no one can be certain. ‘Studetec’ Tecumseh CompactTM is a compact form reaching perhaps 15 feet tall with a semi-pendulous habit. It is cold hardy into USDA hardiness zone 3.

Wood is considered diffuse porous meaning that there is little difference in size of pores between spring and summer wood. Birches in containers tolerate moderately-high soil salt solutions up to about 6 mmhos/cm according to the saturated media extract method.

Birches are considered poor compartmentalizers of decay. This means decay can develop and spread quickly following mechanical injury from construction activities near the tree, vandalism, storm damage, or improper pruning cuts. Seeds are attractive to birds including goldfinch and red poll.