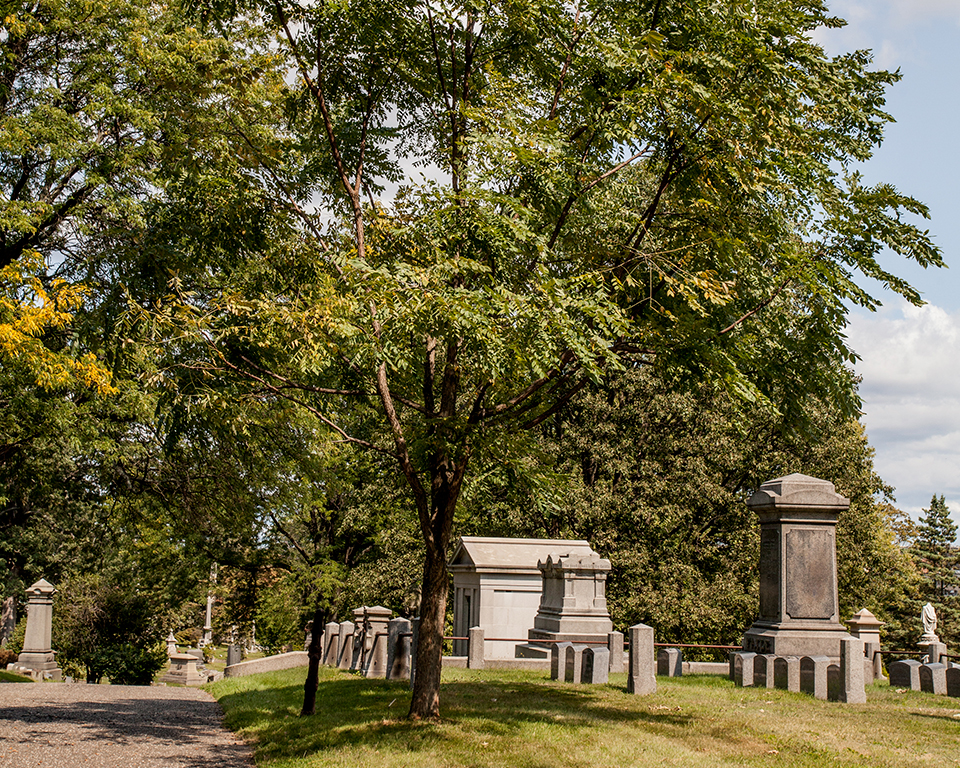 Kentucky Coffeetree is well-adapted to urban soil and could be used more often and, like most trees, does best when provided with irrigation until well-established. Amazingly tolerant of drought and poor soil once established although it is native to rich bottomland soil. Although the tree is a legume, nitrogen fixing bacteria (rhizobia) have not been associated with the root systems.

Used as a street tree in some communities. Be careful using the tree in a lawn since the pods could become projectiles from mowing equipment. The male, fruitless cultivars ‘Stately Manor’ and ‘Expresso’ are now becoming available and are a welcome addition to the urban landscape. There may be others coming on the market. However, pollen from male trees can be highly allergenic. It should make a good street tree provided there is room for its large size.

Trees are well-suited for planting along streets and have good survival in ice storms. Branches are usually well attached to the tree. Roots wrap around the inside of nursery containers unless they are raised in containers designed to minimize circling roots. Trees recover slowly from transplanting from field nurseries probably due to the coarse root system. Routine root pruning several times each year is likely to help with this problem. Be sure to water regularly until well established. Leaves and seeds are poisonous to people and cattle.

This is the state tree of Kentucky. Wood is considered ring porous.