Celia Cruz – How the Queen of Salsa Changed Latin Music 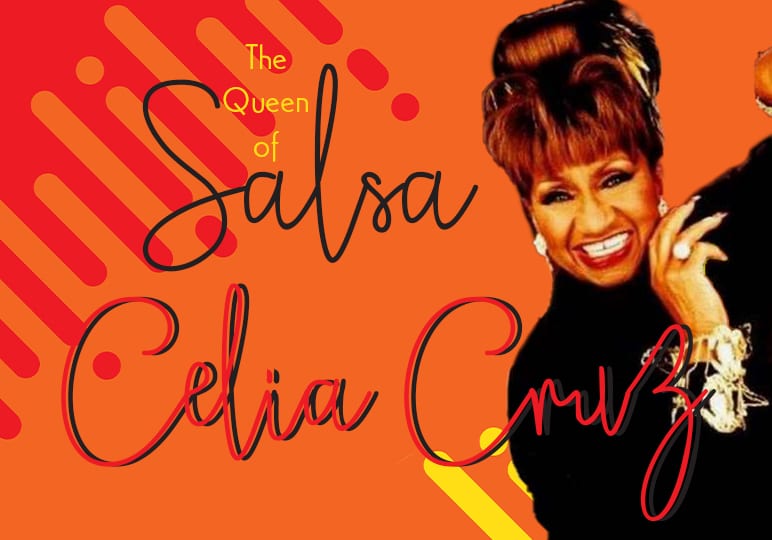 At Woodlawn Cemetery, we take seriously the legacy of music. Many musical personalities lay at rest within our grounds, and we work continuously to understand their enduring impact. Even after these legends have left us, their work and messages unfold across the years. One such voice is that of Úrsula Hilaria Celia de la Caridad Cruz Alfonso, aka, Celia Cruz(1925-2003). Leila Cobo of Billboard Magazine rightly claims that “Cruz is indisputably the best known and most influential female figure in the history of Cuban and Latin music”. Growing up in Cuba’s working class musical scene, Cruz was influenced by such great Cuban musicians as Fernando Collazo, Abelardo Barro and Arsenio Rodriguez. She also recorded albums with such Latin bandleaders as Willie Colón, Ray Barretto, Johnny Pacheco, and Tito Puente.

Early in her life Celia Cruz crossed over and worked Yoruba and African rhythms, present in the neighborhoods in which she grew up, into her music. An example of this is her hit “Quimbara.”

Originally encouraged by her family to be a teacher, as she grew up she was taken by her aunt and cousin to cabarets to sing. A favorite at Havana’s Radio Garcia Serra, Cruz became popular and regularly won first place on the station’s popular “Hora del Té” broadcast. In 1948 her career truly began when she started making recordings in Venezuela.

Other sources go into detail about Cruz’s massive accomplishments and history changing feats, especially in the realm of Cuban advocacy in the United States and musical success. But what often is not discussed is how she changed Latin music.

Up until her career began, the Afro-Latin music scene was largely male dominated. However, Cruz created changes by the creation of an improvisational, eclectic musical style that combined the folk rhythms of a multitude of cultures, of an electric stage presence, and of a determination to always remain relevant to her fans and act as their advocate. “Azúcar!” wasn’t just a catchy phrase – it was also something of a mission statement for Cruz, an emotional expression of the love of life she expressed through her performances and her working class upbringing, and a distinct statement reflecting Cuba’s history in colonialism, slavery, and triumph in overcoming adversity. “Azúcar!” is also a distinct cry of triumph for Cubans and Afro-Latin people everywhere, a positive affirmation of identity, lifestyle and passion that is unique.

Cruz stood as an equal to such Salsa greats as Tito Puente and her husband and partner Pedro Knight. The shout of “Azúcar!” still joyous rings out across the years. In her later years, Cruz did not stop or slow down. She partnered with Reggaeton and Hip Hop artists right up until a year before her death. Celia Cruz was undefeatable until the very end. She also blazed the way for female artists such as Gloria Estefan, La India and Olga Tanon. 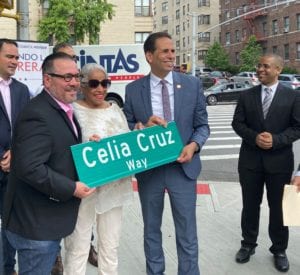 Recently, Woodlawn was honored to join in celebration as 195th St. & Reservoir Avenue in The Bronx,  was co-named “Celia Cruz Way.”  Situated directly across the street from the Celia Cruz Bronx High School of Music, the co-naming was followed by the high-school band’s special performance of one of Celia’s most enduring song, “La Vid Es Un Carnaval.”

While the world is lesser for her loss, we celebrate the life of the Queen of Salsa. The fire and joy she’s brought us all is inestimable. We encourage those who want to learn more about the Queen of Salsa to visit the official Celia Cruz website at Celiacruz.com.

You can create your own legacy and secure your place
overlooking some of Woodlawn’s most notable gravesites,
including that of Salsa Queen Celia Cruz. Learn how.