Explorers of the Unknown 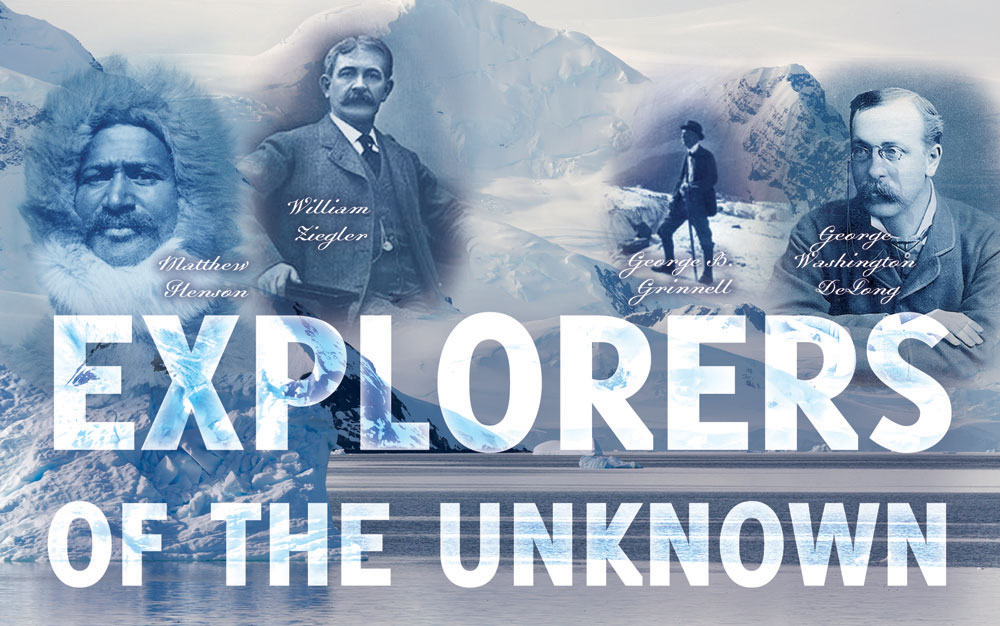 Even in the coldest months of the year, Woodlawn is a place to explore.  On days when roads are clear of ice and snow, you can discover monuments and memorials that are no longer hidden from view by the leaves that fill our extraordinary trees.   There are several notable explorers memorialized at Woodlawn who braved the elements – men who reached the North Pole and those who perished attempting to find faster routes through the bitter cold.

One of the most unusual sculptures you’ll find on your visit to Woodlawn is the statue of an explorer trudging through the snow, searching for a way home (located in the Chapel Hill plot).  Lieutenant Commander George Washington De Long (1844-1881) and members of his crew lost their lives in 1881 after their ship, the Jeanette, was trapped in the ice floes during an expedition through the Bering Strait.   De Long’s widow commissioned sculptor Leonard Craske to create the likeness of her husband.  Award winning author Hampton Sides chronicled the tragic loss in his book In the Kingdom of Ice, published in 2014.

Also in Chapel Hill Plot is the final resting place of the “Father of Conservation,” George Bird Grinnell (1849-1938).  A founding member of the Audubon Society, Grinnell was instrumental in the efforts to protect public lands and endangered species, influencing the establishment of America’s National Parks.  In 1885, Grinnell went on an expedition that took him to the Canadian border of Montana.  The area, which encompasses one million acres and includes glacial formations and mountains, was designated Glacier National Park in 1910.  The Grinnell Glacier was named to honor this leading member of the Boone and Crockett Club.  There is great information on Grinnell’s work in the Ken Burns documentary on the National Parks produced by PBS. (http://www.pbs.org/nationalparks/)

At the dawn of the twentieth century, Americans were hungry to discover new territory and eager to reach the ends of the earth.  In 1901, William Ziegler (1843-1905), a founder of the Royal Baking Powder Company, provided funding for the Baldwin-Ziegler expedition, a campaign to reach the North Pole.  Ziegler’s “Dash for the Pole,” failed and the entrepreneur did not live to see a crew attain the elusive goal.  The Ziegler family mausoleum is a grand Greek temple, situated in the middle of the Fairview Plot on Central Avenue, not far from the Jerome Avenue entrance.

Among the rows of headstones in the Honeysuckle Plot is a marker that bears the name and dates of Matthew Henson (1866-1955).  The first African-American to become a member of the illustrious Explorer’s Club, Henson was a leader among Admiral Robert Edwin Peary’s crew, the first to reach the North Pole.  For decades, Henson’s role in the discovery was diminished, but in 1977, he was recognized for his superior skills as a navigator and his remains were moved from Woodlawn and placed in Arlington National Cemetery, near that of Admiral Peary. 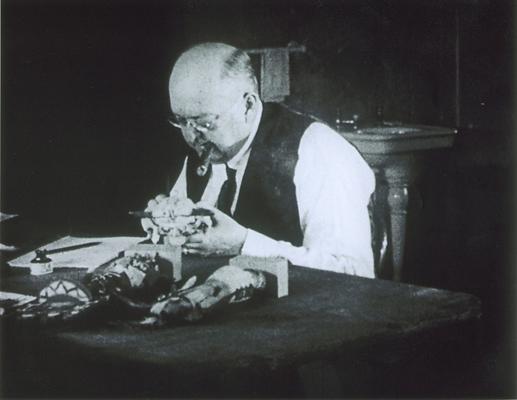 Founded in 1904, the Explorer’s Club was established to promote the scientific exploration of land, sea, air and space by supporting research and education in the physical, natural and biological sciences.  Woodlawn notable George Gustav Heye (1874-1957) served as the President of the organization for two terms.  Heye is known for his obsessive interest in Native American culture.  Heye collected over a million artifacts from various tribes.  These objects serve as a core collection of the Smithsonian Institution, displayed in New York and Washington, DC.  The key to Heye’s hillside tomb on Crown Grove Plot is displayed at the National Museum of the American Indian in Washington, DC.