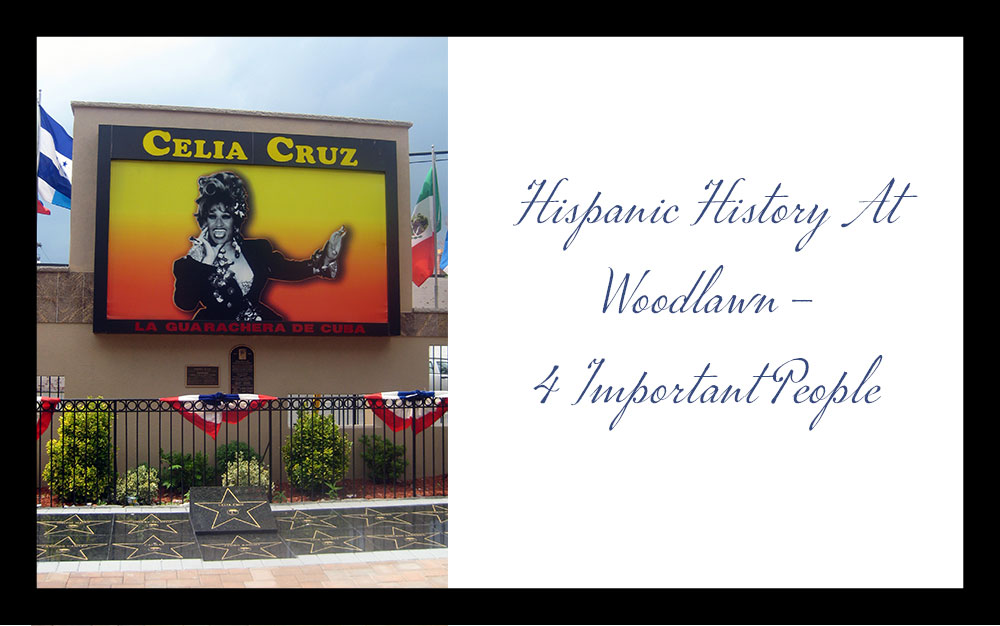 Woodlawn Cemetery has a rich Hispanic heritage and we take great pride in celebrating Hispanic Heritage Month, which starts in September and runs through October 15th.  First established by Representative Edward Roybal and proclaimed by President Lyndon Johnson in 1968, Hispanic Heritage Month celebrates the great contributions made by Hispanic Americans from all walks of life. September 15th was chosen because it’s also the independence day of the Latin American nations of El Salvador, Costa Rica, Guatemala, Honduras and Nicaragua.

Here at Woodlawn, we celebrate the lives of several notable Hispanic Americans. 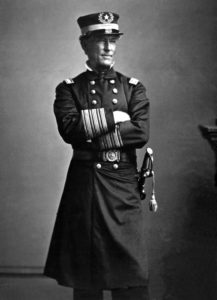 … David Glasgow Farragut (1801-1870) is of Spanish descent. The famed Admiral David Farragut’s father, Jordi Farragut, was a Spanish merchant captain from Minorca, Spain! A Spanish national who moved to America during the Revolutionary war, Farragut’s father served in the Continental Navy with distinction. 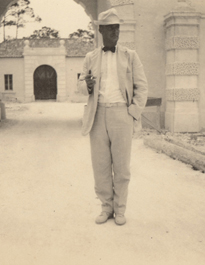 …Diego Suarez (1888—1974) was one of the world’s foremost garden architects and designers, and a distinguished diplomat. Suarez served as the press attaché and minister counselor for Chile in Washington, DC from 1948 until 1952 and counselor to the Colombian delegation to the United Nations.

Suarez grew up in Italy, where he learned the art of garden design at the famed Accademia Dell Belle Arti in Florence. Stranded in New York during World War I, He made a connection to the Deering industrial dynasty (of International Harvester fame) and launched into a career of designing gardens across the world.  He married Evelyn Marshall Field of the famed Marshall Field department store dynasty.

…Julio J. Henna (1848-1924) was a Puerto Rican physician and political figure, who worked for the independence of Puerto Rico from Spain.

In his early life, Henna agitated to liberate Puerto Rico from Spanish rule. The plan was foiled and Henna was jailed. Set free as part of a general amnesty, he emigrated to New York, where he studied medicine at Columbia University, earning his medical degree in 1872. He was a co-founder of the New York City French Hospital and a member of the medical faculty at Bellevue Hospital. He continued to be a leading voice for Puerto Rican independence throughout his life. 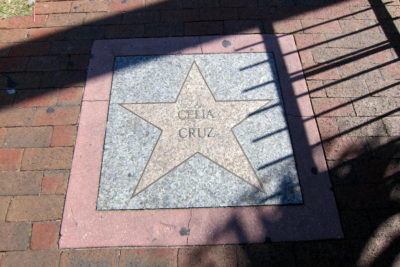 We can certainly not overlook the indomitable entertainer Celia Cruz (1925-2003). In many ways, Celia embodied the Hispanic experience for many here in the United States. You can read more about Celia here. She  made more than 75 records, 23 of which have gone gold, has a star on Hollywood’s Walk of Fame, and was awarded the American National Medal of the Arts by the National Endowment of the Arts. Every year, hundreds of pilgrims and fans visit her tomb at Woodlawn Cemetery to celebrate her life.

So, this year, enrich your understanding of Hispanic history and culture with a visit to Woodlawn Cemetery – donde vive la historia.