The Gilded Age at Woodlawn 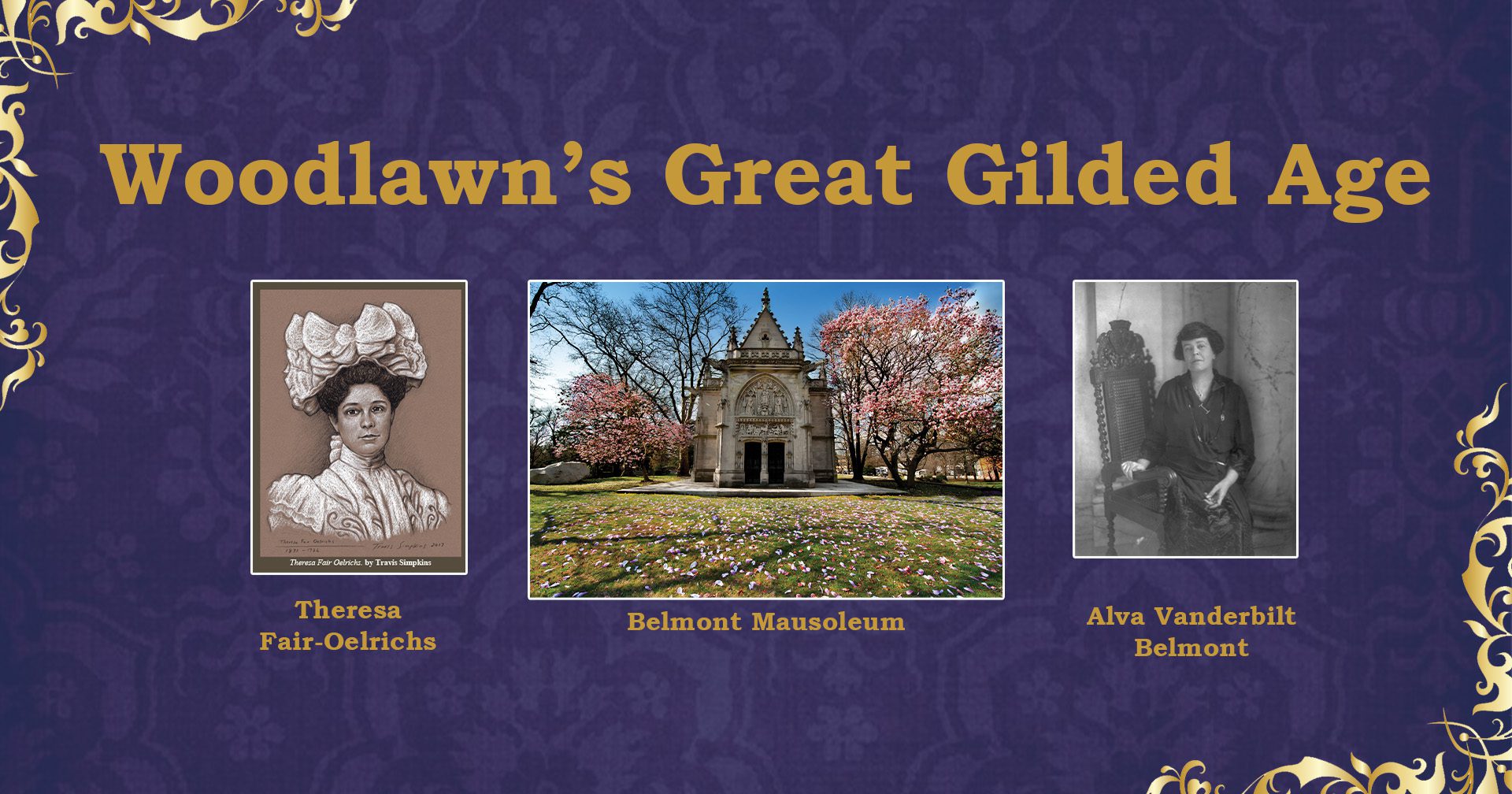 In recent weeks, Woodlawn’s most visited memorial is the mausoleum built by Alva Belmont, whose first husband was William Kissam Vanderbilt.  Not only was Alva a primary figure in Anderson Cooper’s recent book Vanderbilt: The Rise and Fall of an American Dynasty, the character of Bertha Russell in the HBOmax series The Gilded Age is modeled after her. Our visitors cannot get enough Gilded Age! So join us Sunday, May 15th at 2 pm when we tour the monuments to the individuals who built the mansions, spent summers in Newport, and lived in high style after taking the Grand Tour of Europe. 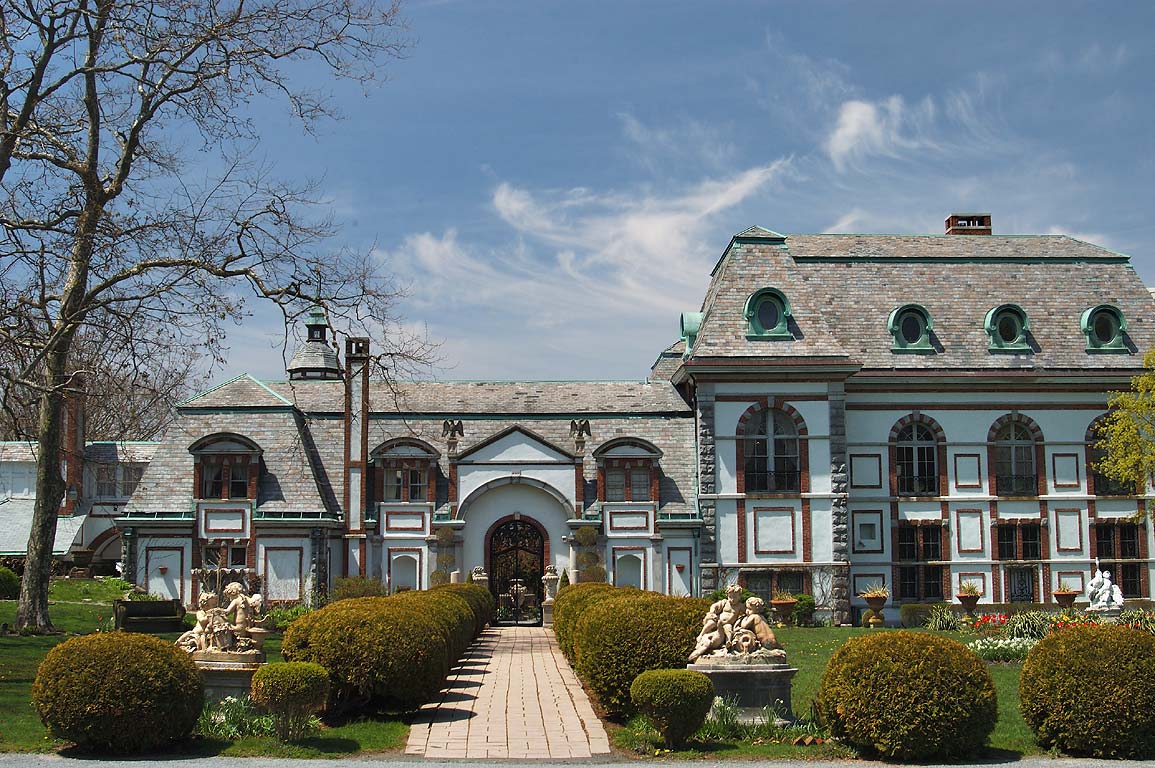 The television series features several of the Newport mansions built by Woodlawn Lot Owners including: The Breakers, Marble House, Rosecliff, and Belcourt. These opulent “Cottages” were the summer retreats of Woodlawn Lot Owners and are open to the public. The Breakers, built by Cornelius Vanderbilt II, was completed in 1895.  Although Vanderbilt rests in the family tomb on Staten Island, he purchased a lot at Woodlawn, which he sold back to the cemetery for one dollar, under the condition it be used for landscape enhancements only. The circular garden on Central Avenue is marked with gray granite cornerstones carved with his initials “CV.” Not far from the Vanderbilt garden on the Lakeview Plot is the memorial of his daughter, Gertrude Vanderbilt Whitney, who was married at the Breakers in 1896. 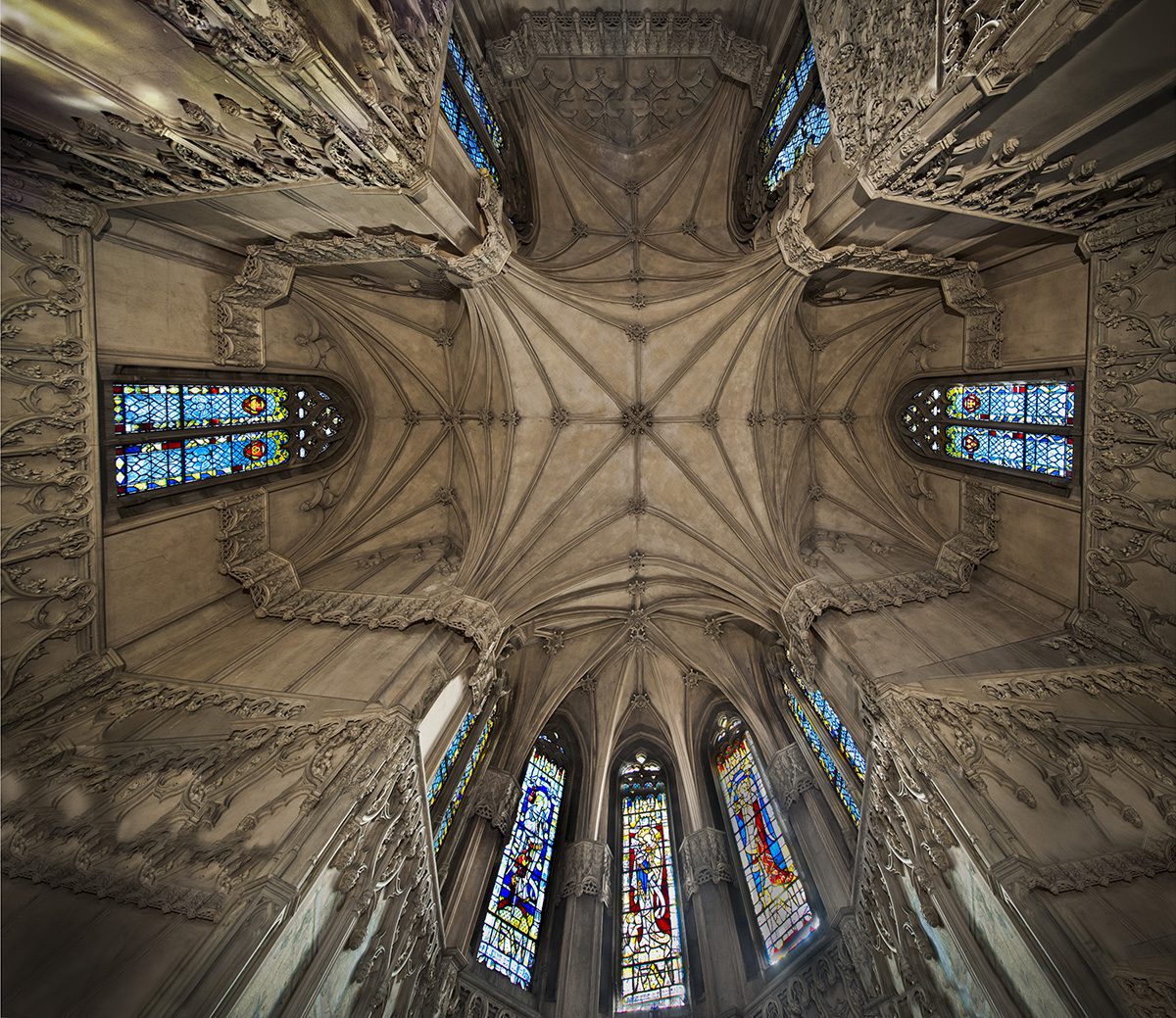 Interiior of Belmont Mausoleum at Woodlawn

Rosecliff, built in 1899, is a popular place for weddings as it has a heart shaped staircase! Theresa Fair Oelrichs, mining heiress, commissioned architect Stanford White to design the mansion. It has been featured in several movies including the Great Gatsby, True Lies, and 27 Dresses. The Oelrichs family rests in the Chapel Hill Plot, with a modest obelisk marking their graves. In the family lot is Diana Barrymore, the daughter of Blanche Oelrichs and actor John Barrymore. 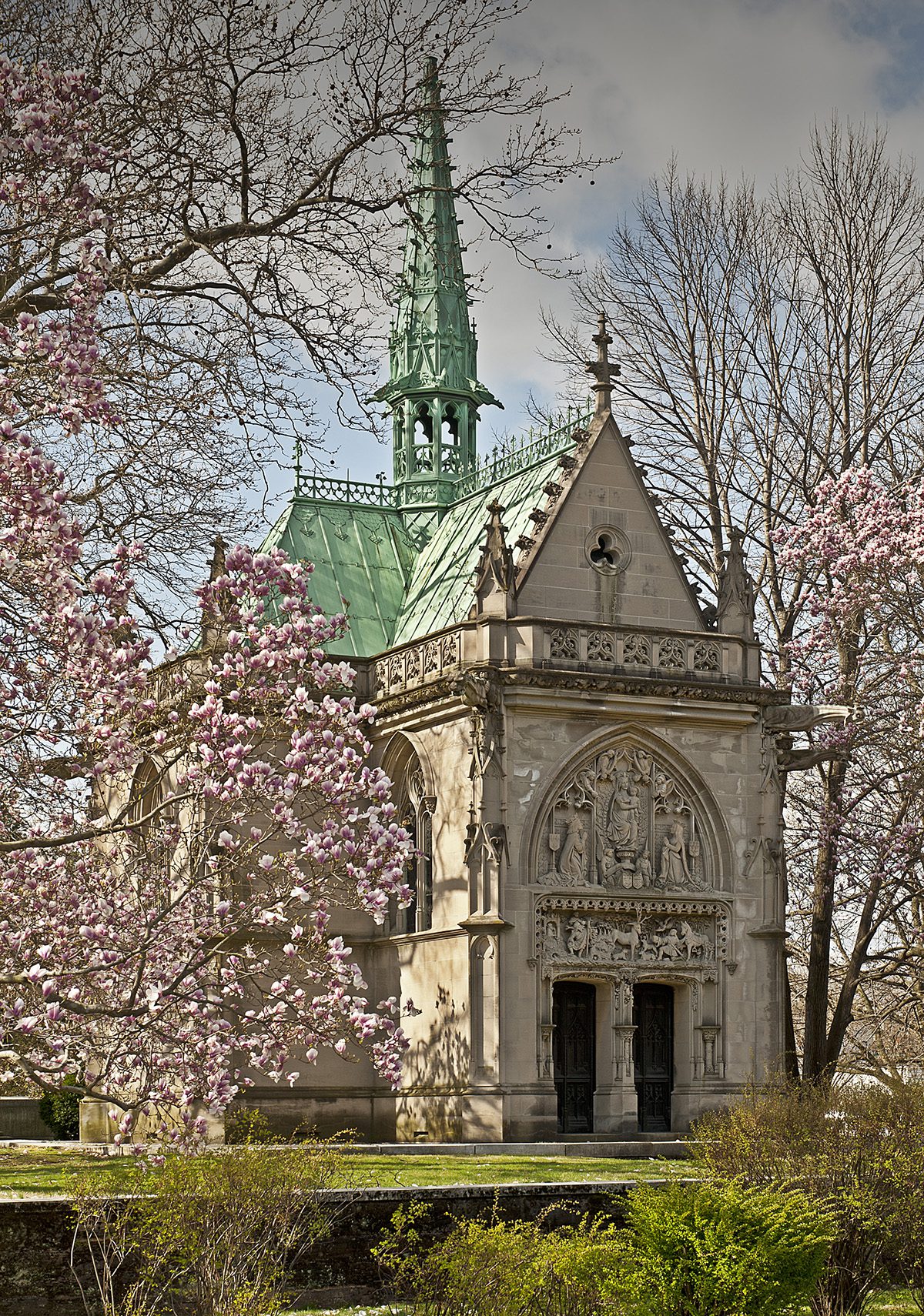 Exterior of Belmont Mausoleum at Woodlawn

Oliver Hazard Perry Belmont lived at Belcourt, a recently restored estate on Newport’s Bellevue Avenue.  The house features extensive stables which are part of the main house.  Belmont was the son of Augustus Belmont, and he followed the family tradition of raising fine horses.  Designed by Richard Morris Hunt, much of the mansion was inspired by the buildings the architect and owner saw when traveling in Europe.  Following his marriage to Alva Vanderbilt, Belcourt was remodeled to suit the needs and tastes of Mrs. Belmont, known for contributing many ideas to her building projects.

By far, the most “gilded” of the Cottages is the Marble House, a masterpiece designed by Richard Morris Hunt and his client, Alva Vanderbilt.  Completed in 1892, Alva hosted many extravagant parties in the mansion while she was married to William Kissam Vanderbilt.  After her highly publicized divorce, she spent summers with her second husband at Belcourt. When OHP Belmont died in 1908, she oversaw the construction of the mausoleum at Woodlawn. Alva moved back into the Marble House where she added a Chinese Tea house on the grounds which served as the location for her gatherings in support of the Women’s Suffrage Movement.

The real Alva is a fascinating figure, builder, socialite, and passionate leader in the fight to gain “Votes for Women.”  If the fictional Berta Russell is modeled after her, there will be many plot twists in The Gilded Age, and many seasons.  Fans of the show and Alva can only hope they’ll depict her famous “Fancy Ball,” the party which bought her entry into New York’s 400, her scandalous divorce, her daughter’s forced marriage to royalty, her transition to public service, and her final years in France.