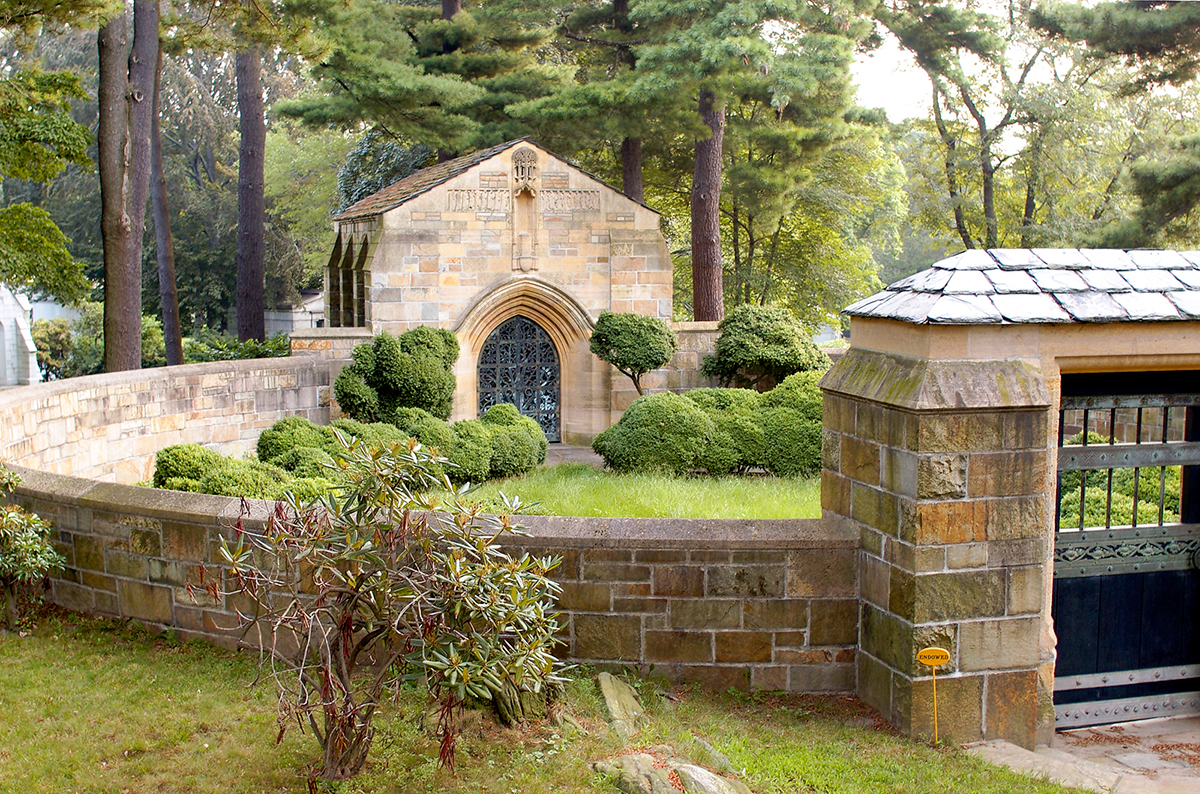 There’s a wooded knoll nestled into the lush landscape of the Bronx’s Woodlawn Cemetery that is home to the Edward S. and Mary S. Harkness Mausoleum. With its stone wall enclosure, 18 mourning figures, and chapel featuring a gabled slate roof, the mausoleum is both beautiful and dignified. Who is the couple at rest in this New York treasure? And what led to the construction of such an inspired memorial? 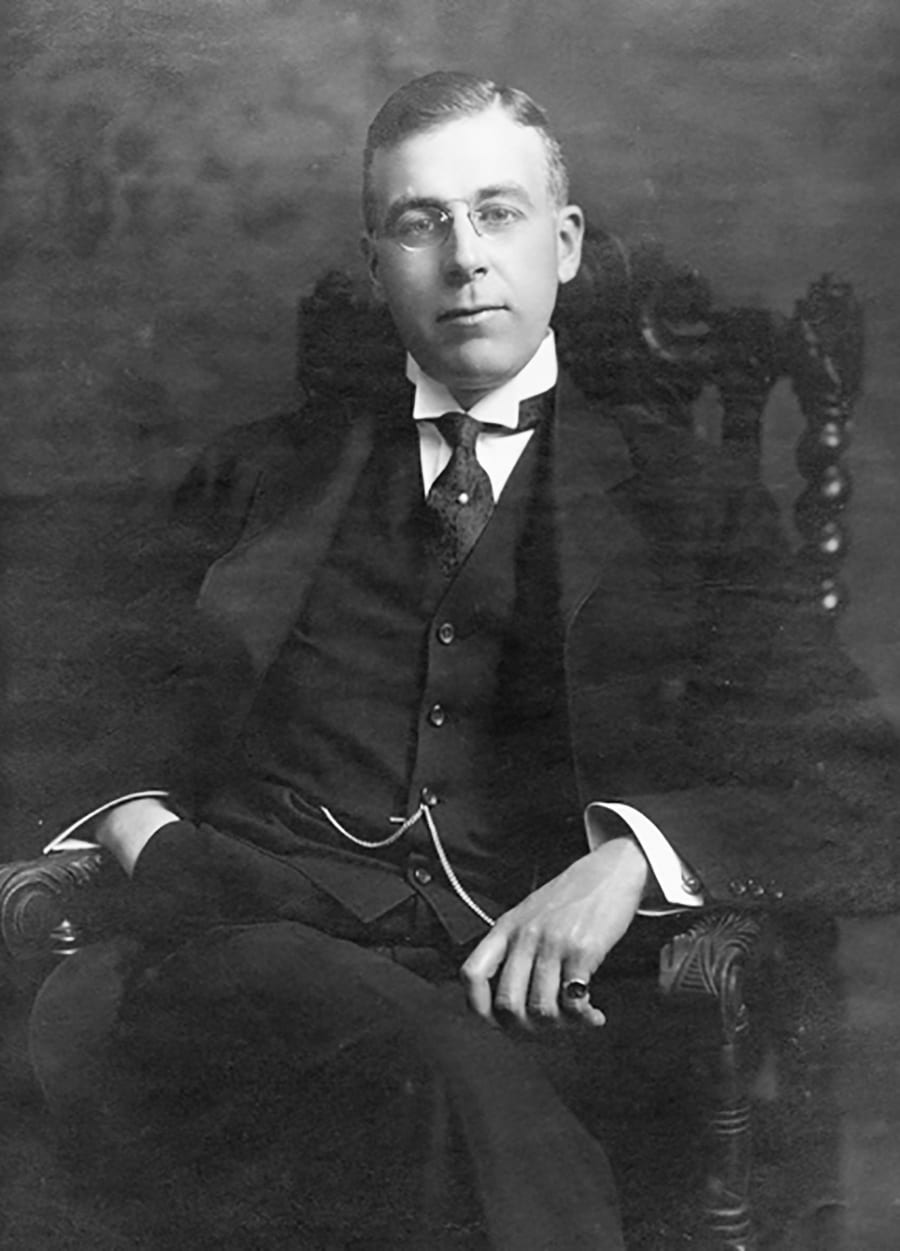 The story begins in 1921, when professional philanthropist Edward Stephen Harkness and his wife, Mary, were just 47 years old and purchased a prominent lot at the Woodlawn Cemetery to house a mausoleum. As the youngest son of oil mogul Stephen V. Harkness and his wife, Anna, Edward Harkness became a professional philanthropist whose significant financial gifts spoke to his focus on social responsibility. From health care to children’s welfare to higher education opportunities for women and minorities, his generosity was transformative to many.

Over the years, Edward and Mary collaborated with architect James Gamble Rogers who came to know the couple well. After purchasing a lot close to the Jerome Avenue entrance, Edward and Mary asked Rogers to design a mausoleum.

Thanks to Rogers’ friendship with the couple, he realized they would not be interested in the gaudy, lavish funerary style of the day.   The issue was the gray granite.  It was the 1920’s the era of “lavish” was pretty much over by then. After several visits to the site the Harkness’ selected here at the Woodlawn Cemetery, Rogers suggested a new, unique location on the side of the hill, describing his vision of a serene garden gravesite. Edward and Mary eventually agreed to the change and the project began. 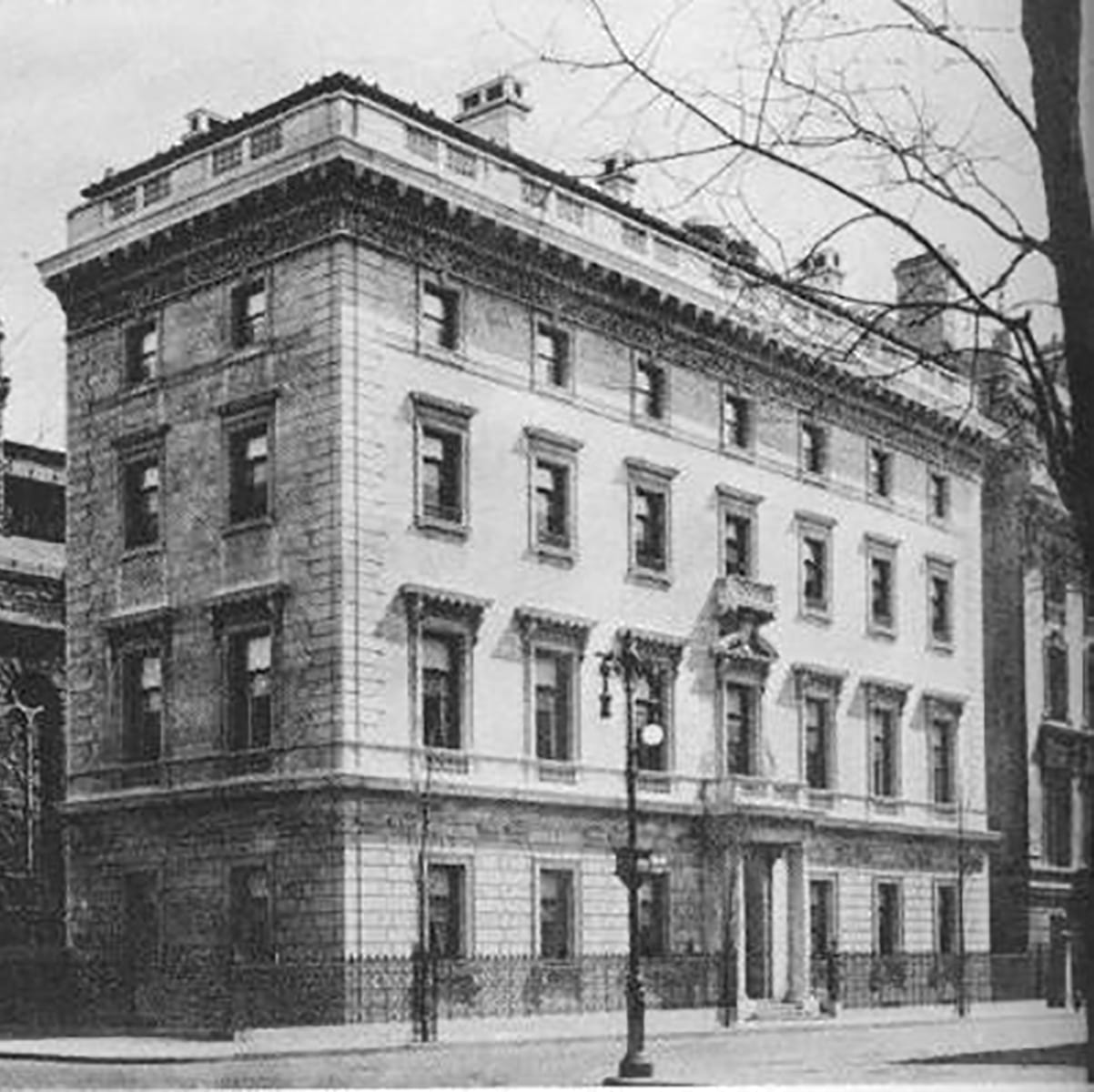 Working alongside landscape designer Beatrix Farrand, Rogers’ design featured a perfect circle of green grass surrounded by a wall. Enclosed is a small chapel with two sarcophagi, home to interior burial crypts. They are entombed below ground – not in free standing sarcophagi. Rogers selected light and cheerful colors, creating an antique effect, highlighted by a pediment above the door. Visitors may enter the chapel through a metal gate set within the archway featuring the ancient symbol of the Tree of Life. Vistors can only enter when on tour with the conservancy.  It is a teak door, decorated with monel trim created by Samuel Yellin.

The mausoleum was completed in 1925, and Edward and Mary went on to expand and improve the grounds and building over the next 15 years.

Today, you can find the couple laid to rest here at the Woodlawn Cemetery in a mausoleum delicately designed to their more reserved preferences. It is not the cemetery’s largest or costliest monument, yet the relationship between gate, garden, and building creates a stunning impression all its own.

In years past, experts from the New York Botanical Garden were consulted on new plantings and our restoration team aimed to bring the site back to its 1940 appearance. The memorial was cited as a contributing factor in the designation of Woodlawn Cemetery as a National Historic Landmark in 2011. We encourage you to plan a visit to see this piece of history in all its splendor.

Our 400-acre, non-sectarian cemetery is an oasis in an urban setting. More than 310,000 individuals are interred on its grounds and over 100,000 visitors from around the world come to explore the property every year. As is evidenced by the Harkness Mausoleum, Woodlawn is an outdoor showplace of distinctive masterworks – and there’s a story behind each one.

If you have questions or are interested in learning more about Woodlawn, don’t hesitate to reach out to us anytime.