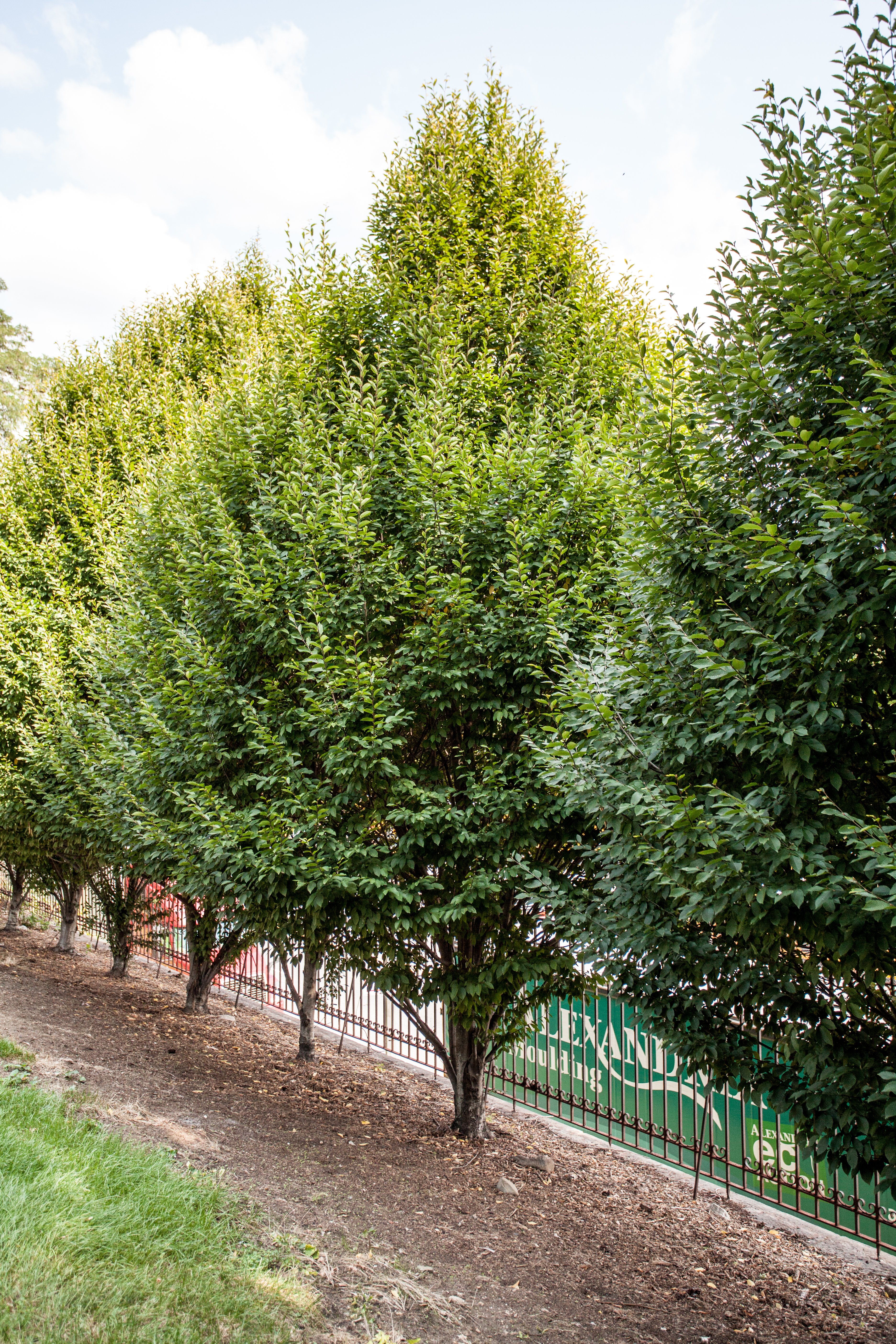 European Hornbeam has most of the attributes commonly associated with a good urban tree and should be planted more. Many people are familiar with the common cultivar ‘Fastigiata’. The tree lends itself well for use as a screen due to the densely foliated crown and low, dense branching. Trees can become quite large as I (Dr. Gilman) have seen plants with a canopy spread of more than 75 feet.

It can also be trained to one central leader and used as a fine street tree. It will benefit from occasional irrigation in a prolonged drought, although severe drought will not kill the tree, but could cause die-back. There are old plants in the south which look great, having received no irrigation in recent droughts. These plants were observed in areas where soil space was not limiting and roots were allowed to expand unhindered by urban structures like curbs, pavement and sidewalks. Plants tolerate clipping and shearing well and have been used for this purpose for generations in Europe.

Wood is considered diffuse porous meaning that there is little difference in size of pores between spring and summer wood. Pollen can cause serious allergies.