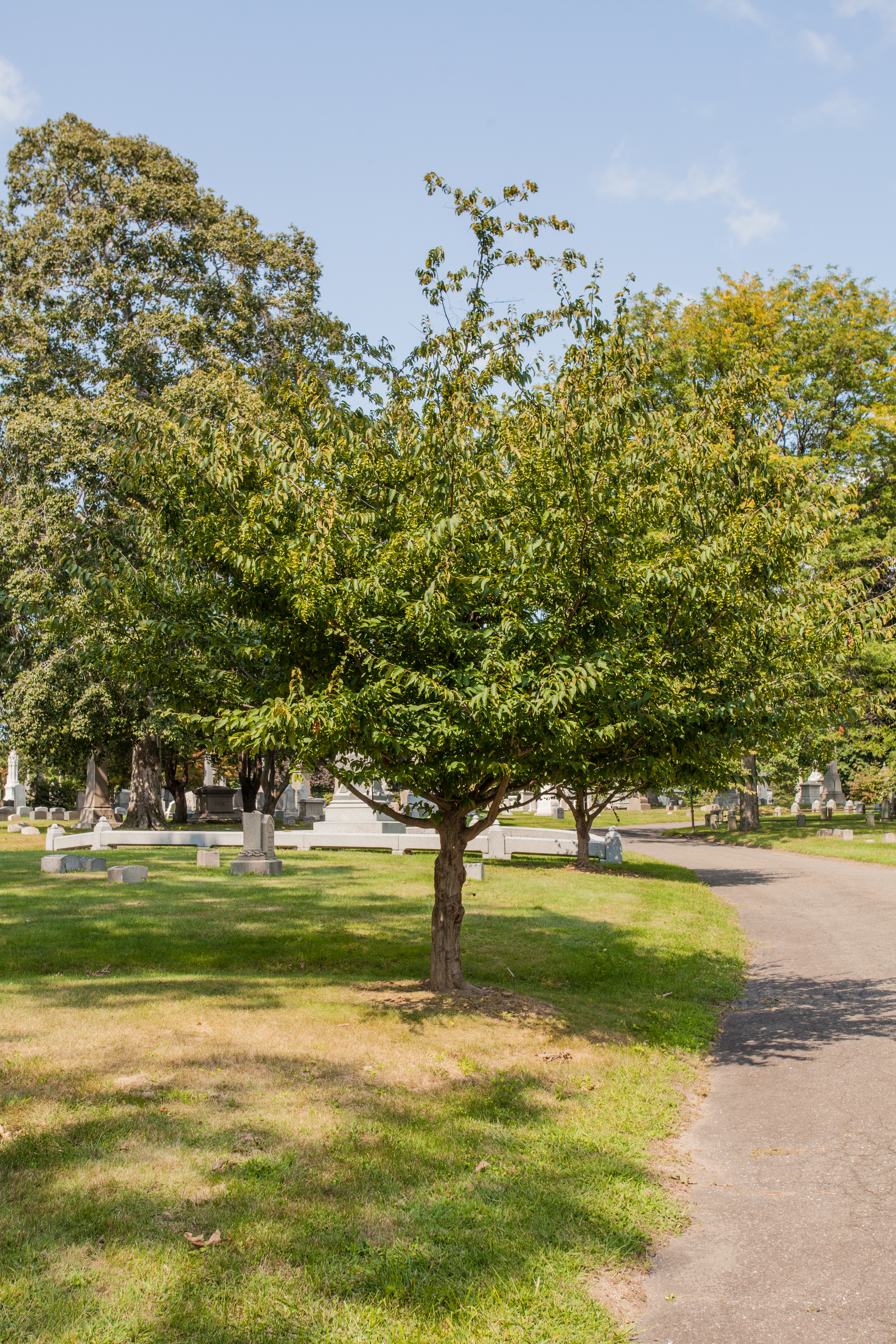 American Hornbeam performs well even in areas inundated with water for several days to a week or two once it is established. It can be found growing along stream banks and in moist woods in the wild. Best growth is on wet to mesic sites but it can tolerate a wide range of soils. Soil pH ranges from 4.5 to 7.4. Normally found below 1600 feet elevation but has been seen up to about 3000 feet.

Although moderately drought-tolerant, it is probably best to provide even established trees with some irrigation during dry spells unless they have unlimited soil for roots to explore. Trees in confined soil spaces appear to benefit most from occasional irrigation in summer. This would be most important for trees growing in the southern part of its range. Trees are tolerant of urban conditions and have performed well as street trees.

American Hornbeam grows in sun or shade and tolerates most soils, including sandy or wet, but not highly alkaline (slightly alkaline appears to be fine up to about 7.5). It will grow with an attractive open habit in total shade, but is dense in full sun. Transplant B&B after tree has been root pruned regularly, or plant from containers, and provide regular post-planting irrigation. Trees in one study in NY had trouble recovering from bare-root transplanting. Like European Hornbeam, plants tolerate shearing and pruning very well (see photographs). Good survival in ice storms compared to other species and tolerates coastal conditions. Trees cast light shade under the canopy making it easier to grow turf under the tree than under other trees with a denser canopy.

Wood is considered diffuse porous meaning that there is little difference in size of pores between spring and summer wood. Pollen can cause serious allergies. Plants can be rooted from cuttings so cultivars will be showing up in the industry soon.