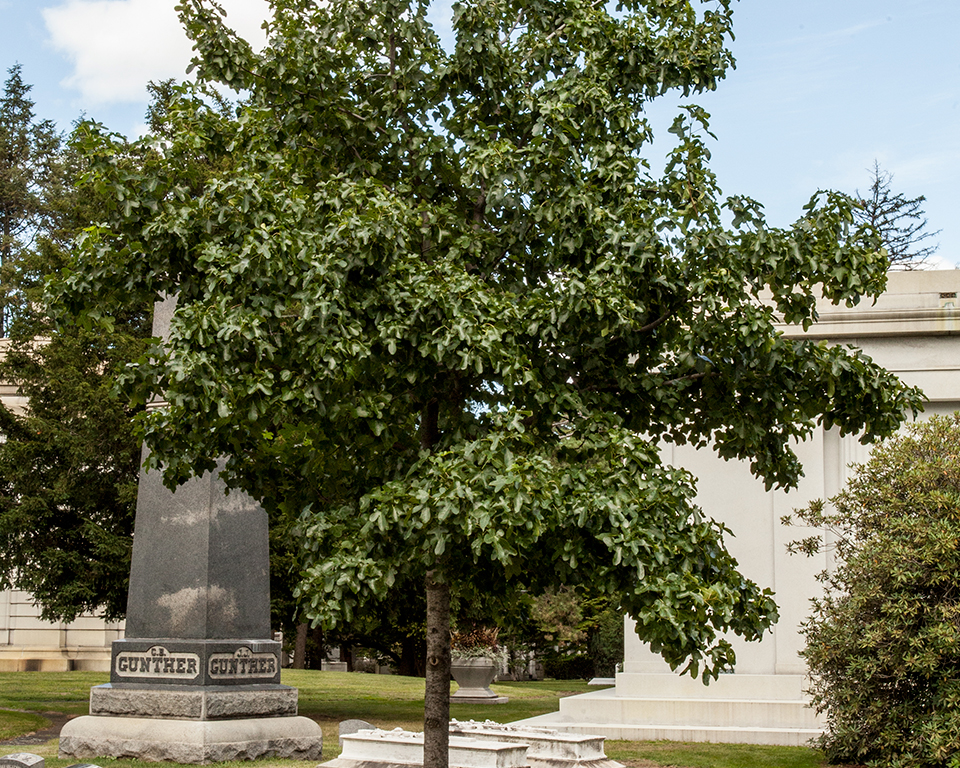 Although it grows at a moderate pace, Sweetgum is rarely attacked by pests, and tolerates wet soils, but chlorosis is often seen in alkaline soils. Trees grow well in deep soil, poorly in shallow, droughty soil. It is difficult to transplant from a field nursery unless root pruned during nursery production. It is native to bottomlands and moist soils and tolerates only some (if any) drought. Existing trees often die-back near the top of the crown, apparently due to extreme sensitivity to construction injury to the root system, or drought injury. The tree leafs out early in the spring and is sometimes damaged by frost. This cultivar is mostly fruitless with great fall color, but foliage lacks the characteristic star shape. Branches on some tree revert back to fruiting. You may find the plant listed as a variety of Liquidambar styraciflua.

Be careful when locating Sweetgum as a street tree since its large, aggressive roots may lift curbs and sidewalks. Plant trees 8 to 10 feet or more from curbs. Some communities have large numbers of Sweetgum planted as street trees, especially in California. They have performed well there in that role. Much of the root system is shallow (particularly in its native, moist habitat), but there are deep vertical roots directly beneath the trunk in well-drained and in some other soils. The tree should be planted only in soil with a pH of 7 or less. The seeds of the species provide food for wildlife and will often readily germinate in shrub and groundcover beds, requiring their removal to maintain a neat landscape appearance, but this cultivar appears to be mostly fruitless.