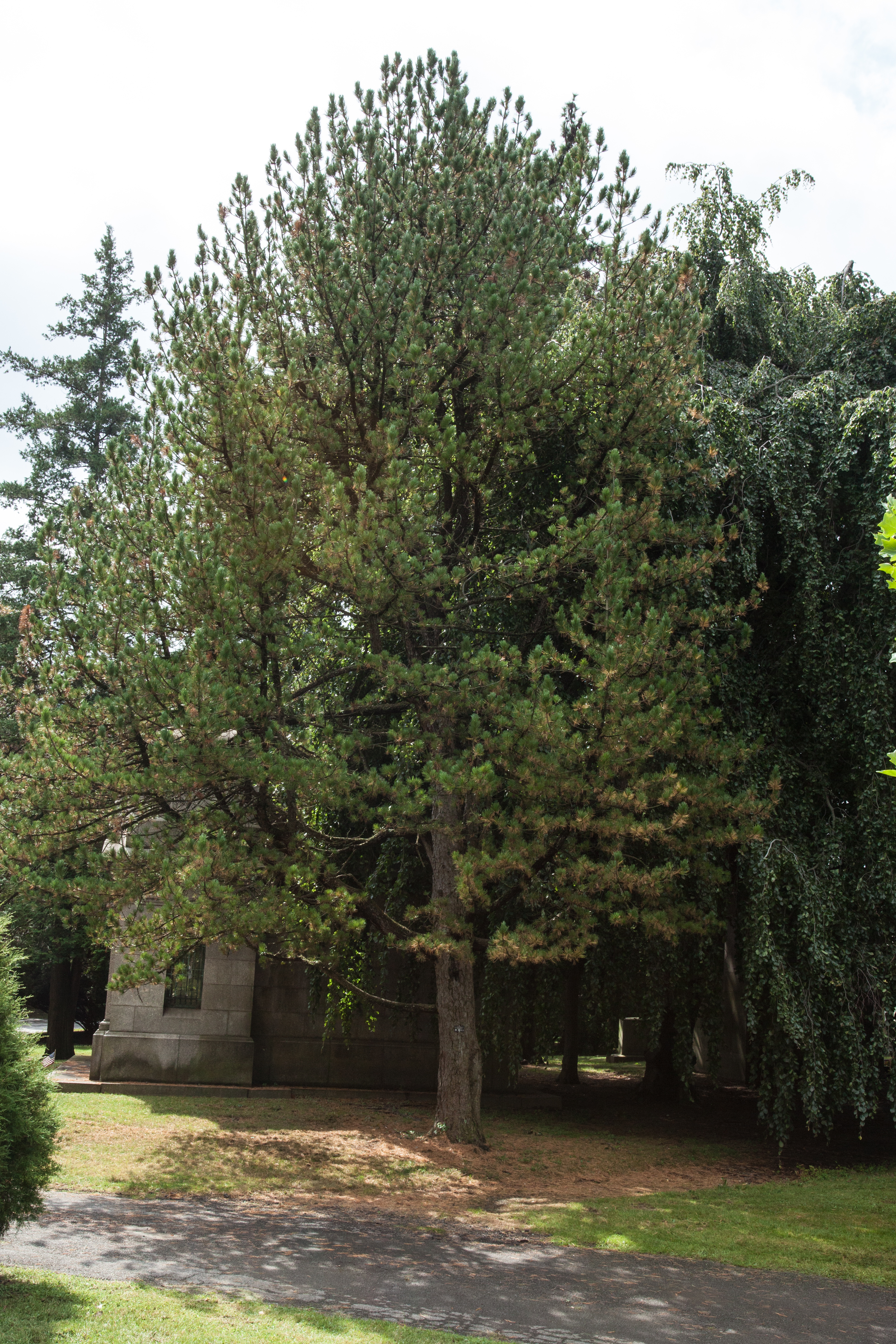 Limber Pine is native to dry woods in the western US. The plant is distinguished by the flexible branches which can be bent back on themselves without breaking. This makes them able to withstand snow and ice loads well. Needles are in groups of five.

They grow best in full sun or partial shade on moist, well-drained soil but will easily adapt to harsher sites. Some horticulturists say they grow better under poor cultural conditions of drought and compacted clay soil, but they appear to simply out perform other plants on these types of site rather than prefer this. They adapt to occasionally wet soil such as along stream banks by growing a shallow root system close to the surface of the soil but are also able to stand windy, cold weather well.

This pine is not cold damaged when most other pines show needle browning. If trees must be pruned in the western US, do it October through January to help avoid infestation from pitch moths.

Young trees have the look and feel of White Pine (Pinus strobus or P. monticola) and can be used in their place, although it is considered less graceful.

Something always seems to be falling from this pine tree; needles, sap, branches, and fruit appear on nearby cars, roofs and sidewalks year round. Unless grown in the open with no other trees nearby, shaded lower branches die as the tree grows taller. Open-grown trees keep more lower branches, probably due to greater sun exposure. It is important to maintain only one leader to the top of the plant. Pines are among those susceptible to summer branch drop according to surveys in California. Summer branch drop is a phenomena resulting in failure and breakage of large diameter, live branches typically on calm summer days.

Dropping needles often discourage people from planting pines near streets, parking lots, or near other pavement. Roots also enjoy growing just under the surface of the asphalt and cracking it. Probably the most serious problem of Pines in areas with high pH irrigation water is pine chlorosis. The root system is often dominated by a few large diameter roots.

Like most pines, trees best recover from transplanting when moved balled and burlapped, not bare-root. They also grow fine when planted from containers provided plants are not root bound.