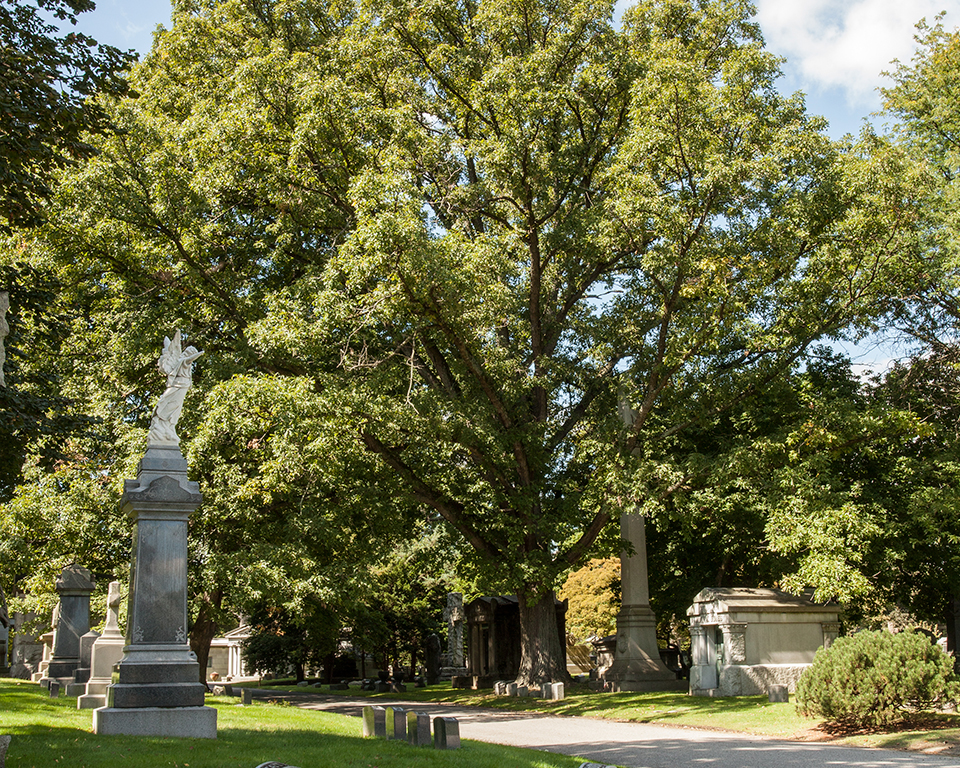 Bur Oak is ‘one tough customer’! Well-adapted to alkaline soils, poor drainage, and high clay content, Bur Oak is also very drought-tolerant, perhaps the most drought tolerant of the temperate oaks. The tap root dominates the root system on young trees growing in well-drained soil. As with most trees grown in urban areas, the tap root becomes much less prominent as the tree grows older, giving way to a more shallow, horizontal root system. It appears to be well suited for planting in most areas within its hardiness range including the high plains and Rocky Mountains.

One trunk should be allowed to develop in the tree. Eliminate competing limbs and trunks with regular pruning when the tree is young. This will greatly reduce the pruning needs later on. This is a long lived tree that compartmentalizes decay well.

This Oak will adapt to various soils where other Oaks sometimes fail but is difficult to transplant from well-drained soil due to the tap root. Well-adapted to alkaline soils, poor drainage, and high clay content, Bur Oak is also very drought-tolerant. It will planted more as it becomes more available in larger quantities and sizes. Acorns are enormous, sometimes the size of golf balls, which pretty much eliminates this tree as a street tree if there are other trees available.

Variety fisherii, has large olive-shaped acorns and long scales on the cups are incurved; var. monstrosa, has large, oblong-ovate acorns and similarly incurved scales in some cases; var. muscosa, has very large ovoid acorns and shallow cups with wide-spreading long fringe; and var. MacClarenii, has partakes largely of Q. bicolor in the shape of its acorns which are two-thirds enclosed in the cup.