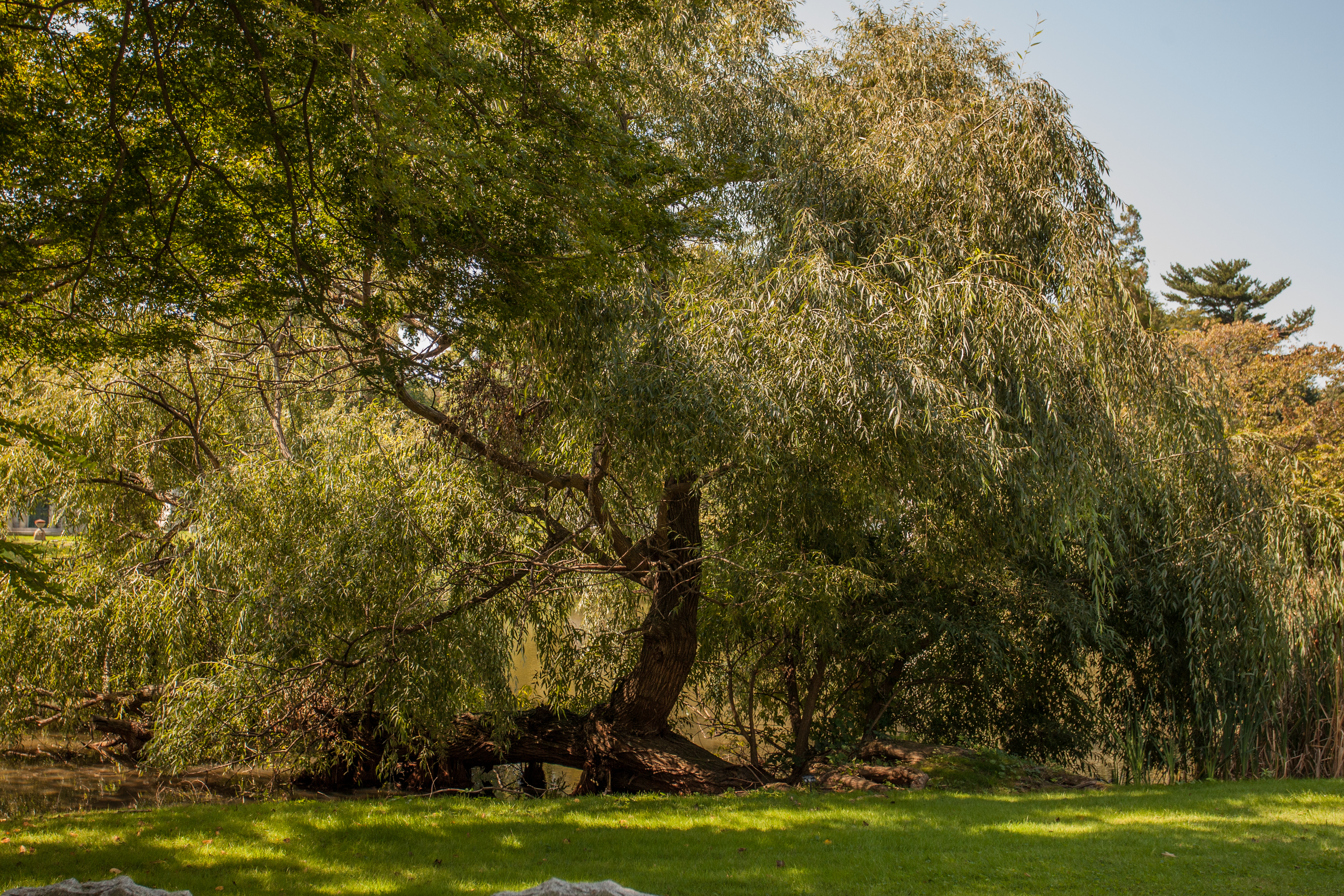 Weeping Willows are an old time favorite plant for large landscapes. They have traditionally been planted near water where they grow fast and become a dominant plant. Trees adapt to acid or alkaline soil. Roots are notoriously invasive growing into gardens and lawns making mowing difficult. Pruning and training young trees is needed to generate a central trunk-few people bother. Trees are often staked when young until they can hold themselves erect.

Trees are very susceptible to damage from ice loads. Plants often last only about 15 years in the desert southwest, even with irrigation.

Weeping Willows should be grown in full sun or very light shade and will tolerate a wide variety of soils. Trees require some early training to develop an upright trunk and branches without included bark. This will increase the live span and help overcome the problem with brittle wood but the trees are usually still short-lived to 30-years, or so unless planted near water or in moist soil. Trees are considered poor compartmentalizers of decay. This means decay can develop and spread quickly following mechanical injury from construction activities near the tree, vandalism, storm damage, or improper pruning cuts.

Care should be taken not to locate Weeping Willows near underground water or sewer lines or close to septic tank drain fields where the roots could cause significant damage. Roots are aggressive and will spread about 3 times the distance from the trunk to the edge of the canopy and often grow on the soil surface interfering with everything it its path. Plant them near water for a lovely soft effect and to stabilize the bank against erosion.

Something always appears to be dropping from this tree to litter the ground beneath the canopy. Willows are among those susceptible to summer branch drop in Britain. Summer branch drop is a phenomena resulting in failure and breakage of large diameter branches typically on calm summer days. Male trees produce highly allergenic pollen; females produce no pollen. ‘Annularis’ is female.