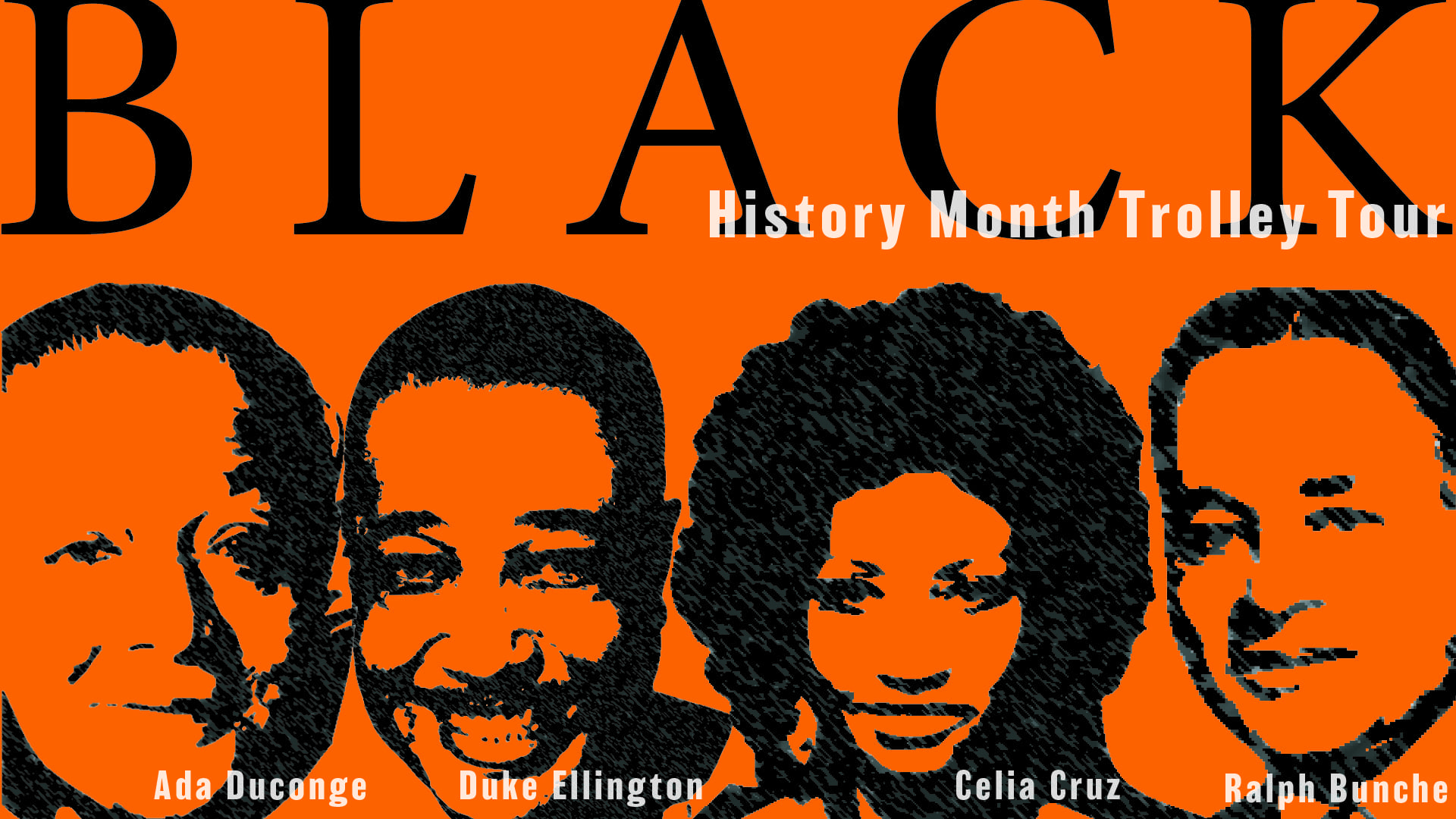 In 1926, the Association for the Study of Negro Life and History designated the second week in February as “Negro History Week.” The annual commemoration was to be held in between the birthdays of Abraham Lincoln and Frederick Douglass. From the onset, writer and activist Arturo “Arthur” Schomburg encouraged New Yorkers to study African American art and culture.

Early celebrations honored individuals, both black and white, for their significant achievements in improving race relations, and were traditionally announced by the curator of the Schomburg Center at the New York Public Library. Mayor Fiorello LaGuardia was chosen in 1940 as one who “has addressed himself to the problems of all of the people of the city.”

Read on to learn how Black History Month has evolved over the years, as well as to see some of the notables buried at Woodlawn Cemetery whose names you’re sure to recognize.

In 1943, Duke Ellington was acknowledged for his contributions to American music which “have lifted jazz to new heights of excellence and dignity.” That same year, Dr. Channing Tobias was tapped for “his services in the War Bond campaigns and as a member of the National Advisory Committee on Selective Service.” By the close of the Second World War, the week of celebration included concerts, literature readings, radio broadcasts

and city-wide proclamations issued by Mayor LaGuardia.  Many of the events recounted the stories of those who served during the war, including the members of the Tuskegee Airmen. Every year, New York’s governor promoted the events held at churches, libraries, and public forums.

In the 1950s, the weeklong celebration grew to feature art exhibitions, concerts, church services and lectures. Most of the programs emphasized new works of art, original compositions, and performances by emerging artists. Issues of race and equality were discussed at public forums. Dinners, dances, and teas were held to honor individuals and acknowledge the accomplishments of historic figures. When he was 80 years old, W.C. Handy, “the father of the blues,” performed and shared stories of early jazz with students at a Brooklyn Junior High School. He ended the program by telling the students, “Life is something like this trumpet. If you don’t put anything in it, you don’t get anything out. And that’s the truth.”

The week-long commemoration of activists, artists, political leaders, and pastors was renamed “Black History Week” in the 1960s. A decade later, the celebration had grown into “Black History Month.” Inspired by the American Bicentennial Celebration and the popular “Bicentennial Minutes,” the focus of the month-long program turned toward learning about historical figures and role models.

Woodlawn Cemetery is honored to be the final resting place of many who fought for the rights of others and influenced the culture and politics of our nation and the world.

To learn more about the notable African Americans celebrated at Woodlawn, we will be holding an online book club this spring. The reading list includes:

We hope you can participate in this wonderful opportunity, all from the comfort of home. Stay tuned for details, as we will provide a link so you can join us. In the meantime, remember that our staff is always available to answer questions or assist you in any way possible. “Being there” for our community is something we take seriously, and we encourage you to contact us anytime.