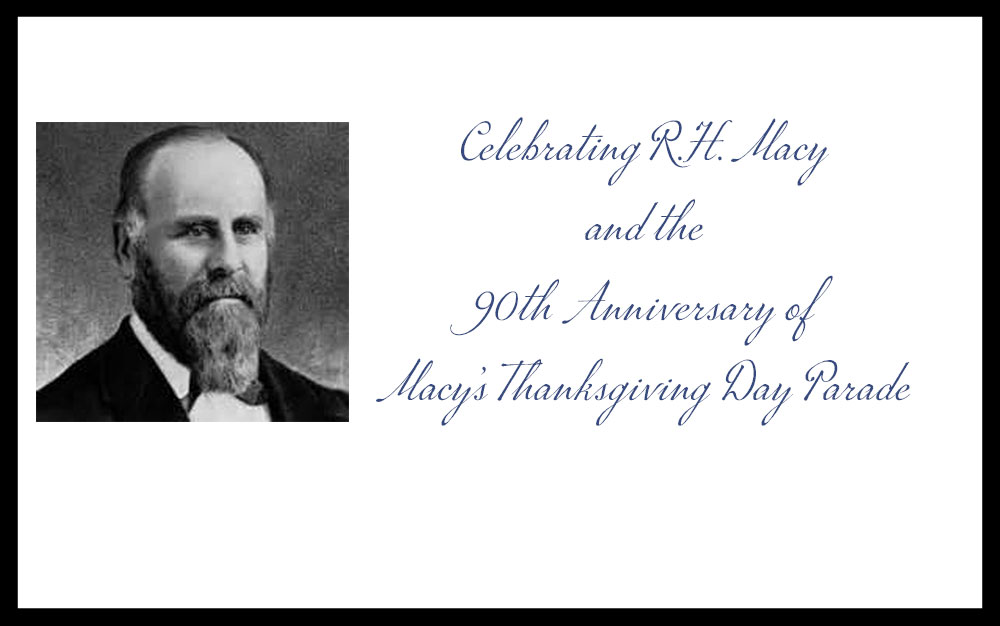 R.H. Macy, founder of Macy’s, was a forward-thinking entrepreneur with a knack for introducing new ideas and adapting them to workable solutions. Macy opened four retail dry goods stores between 1843 and 1855. All four stores failed. But, Macy’s quickly adapted his business model and opened a new store at Sixth Avenue and 14th Street in New York City.

In 1875, R.H. Macy took on two business partners in 1875 to help expand his business efforts. As the business grew, Macy’s expanded into neighboring buildings and used gimmicks such as an in-store Santa Claus , illuminated window displays and themed exhibits to attract customers during the holiday season. 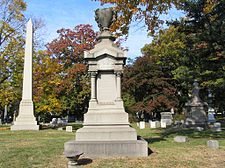 In 1877, R.H. Macy died and was interred at The Woodlawn Cemetery in the Bronx. A beautiful monument was constructed to honor his life and contribution to American business.

In 1924, The Macy’s Thanksgiving Day Parade was established in 1924 when employees of Macy’s wanted to celebrate the opening of the “world’s largest store,” an expansion of which now covered an entire city block. The employees wanted to bring the tradition of elaborate parades to America and usher in the Christmas season with monumental style.

Since 1924, the parade has become a Thanksgiving Day tradition for millions across America. The Woodlawn Cemetery salutes R.H. Macy and his entrepreneurial spirit which inspired the Macy’s Thanksgiving Day Parade and other wonderful holiday traditions.