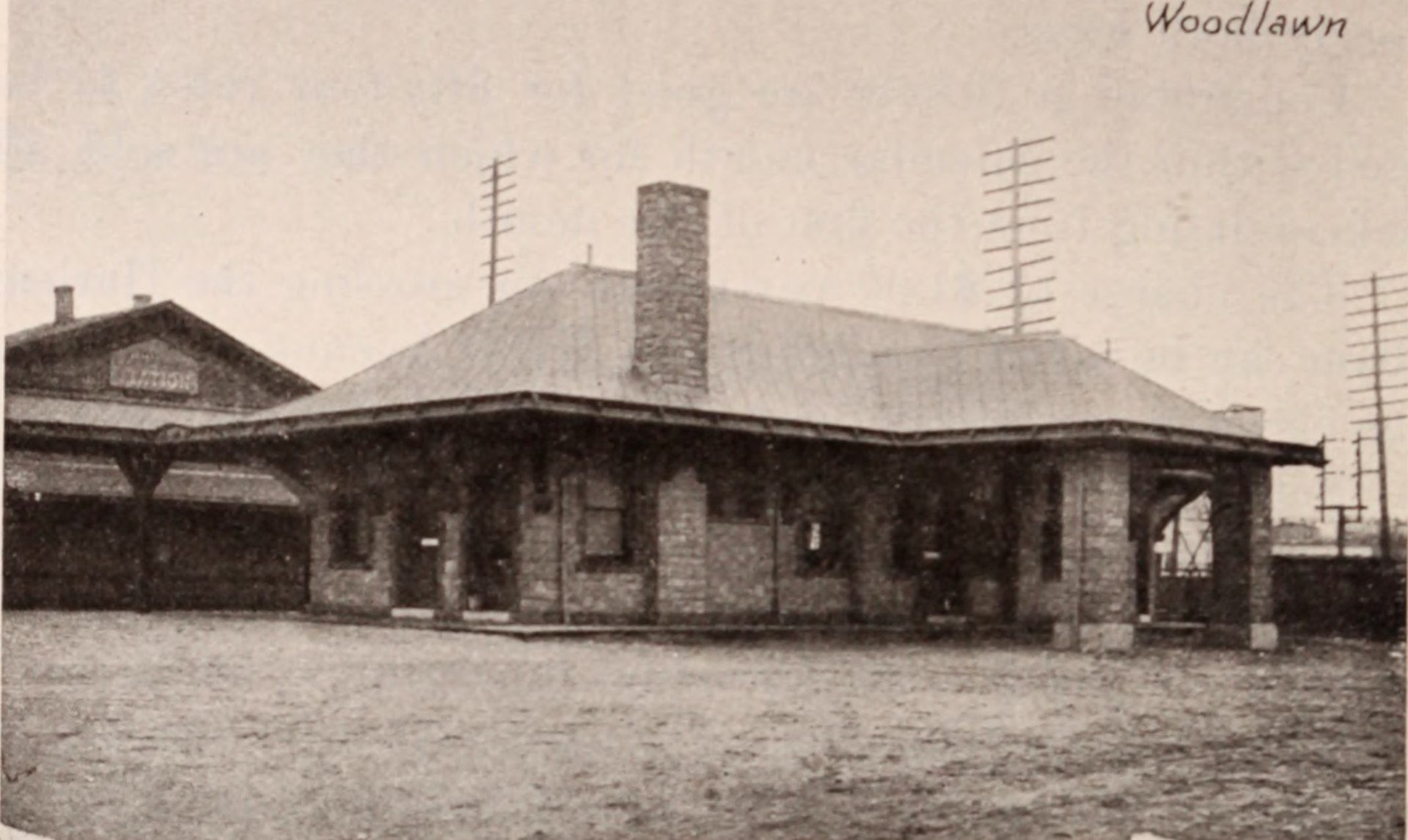 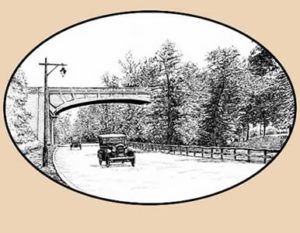 When Woodlawn began selling lots to New Yorkers in 1865, the advertisements read “only thirty minutes from Manhattan.”  Convenience of visitation has always been a primary factor in purchasing space in a cemetery.

Our Gilded Age lot owners built impressive mausolea that could be easily accessed by Cornelius Vanderbilt’s Harlem Railroad.  Now know as Metro North, the convenient rail comes straight out of Grand Central Terminal and it only takes 25 minutes to get to the Woodlawn Station.  The cemetery provided horses and carriages when the cortege arrived and there were special cars for mourners and transporting the dearly departed.

When the Bronx was established in 1898, the developing Borough “took” some of the border of the cemetery’s acreage, widening E. 233rd Street and Webster Avenue.  The Trustees of the cemetery battled with the city over this issue, but became instant supporters of the development of the proposed Grand Concourse, the Champs de Ulysses of America.  Although the expansive roadway did not make it to Woodlawn, the civic leaders credited with the project:  James Haffen, Philip Heintz, and Louis Risse are all buried at Woodlawn.

It was in 1917 when the 400-acre burial ground in the Bronx truly became accessible to the people of Manhattan and the developing borough of the Bronx.  Celebrated stars of the Jazz Age and Harlem Renaissance were brought to Woodlawn.  Dancers Irene and Vernon Castle, Comedian Bert Williams, stage star Florence Mills, and magician “Black Herman” were laid to rest at Woodlawn conveniently accessed by fans via the newly extended IRT#4 train. 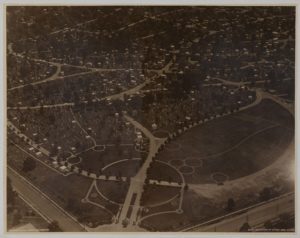 In the early 1900s when New Yorkers began to travel by automobile, a convenient exit off the Bronx River Parkway made it easy for visitors to get to Woodlawn’s gates at Webster Avenue and E 233rd Street.  The cemetery developed a circular drive for automobiles not far from the resting places of George M. Cohan, Madam C.J. Walker and violinist Fritz Kreisler.Dramatic

It was in 1956 that Parks Commissioner Robert Moses extended the highway that took travelers north from the city creating the Major Deegan Expressway.  Concerned with public safety, Woodlawn closed its dramatic auto entrance forcing visitors to enter through the Jerome Avenue and Webster gates.  It is fitting that Robert Moses rests in the Van Cortlandt mausoleum, located near the ramps where thousands of cars pass daily to get on the New York Thruway.

To hear more about the fascinating connections between transit and New York City cemeteries, join our partners at the New York Transit Musuem on Monday, May 9, 2022 at 6:30 p.m. as they present a free virtual online program Underworld Tales:  A Transit Musuem and Morbid Anatomy Variety Show.  Register by clicking here.