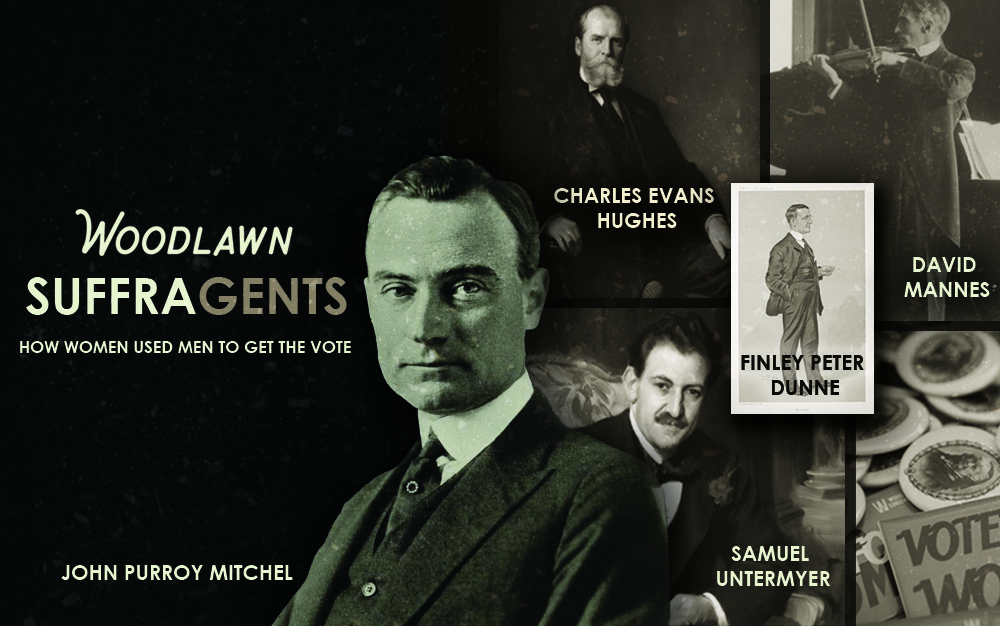 The Woodlawn Cemetery is nationally known as the final resting place for many of the women that led the suffrage movement including:  Elizabeth Cady Stanton, Alva Belmont, Katherine Duer Mackay and Carrie Chapman Catt. Through the recently published book The Suffragents: How Women Used Men to Get the Vote, we’ve learned that many men who took active roles in the movement are also at Woodlawn. Brooke Kroeger, author of the impressive study, writes about the powerful men that saw the value of women as a voting block and how they united to establish the Men’s League for Women’s Suffrage.

One of the most colorful characters devoted to the cause was writer Peter Finley Dunne (1867-1936) who is entombed in the mausoleum of his close friend, Francis Garvan. Dunne’s editorial voice was a character he created called “Mr. Dooley.” Dunne used humor to make his points about the issue, often poking fun at the wealthy women engaged in the marches and speeches.

Elected officials were at the forefront of the issue, with members of the press and the public measuring their worth based upon whether or not they supported the suffrage movement. In 1909 when the debate heated up, Charles Evans Hughes (1862-1948) was the Governor of New York. Hughes ran for President against Woodrow Wilson in 1916. He was the nominee for the Republican Party which was in support of women getting the right to vote.

At the time when the issue was brought to a vote in New York, John Purroy Mitchel (1879-1918) was the Mayor of New York City.  Known as the “Boy Mayor,” Mitchel initially felt that women didn’t need to vote to be active in society and the workforce. Mayor Mitchel did participate in the Suffrage parade of 1916, sitting in the grandstand as the thousands of marchers went by. He lost the election of 1917, the year that New York women secured the right to vote. 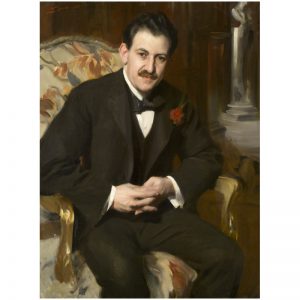 Attorney Samuel Untermyer (1858-1940) not only took a leadership role in the Men’s League, he was also an active fundraiser for the cause. Untermyer’s quotes were published in many papers. When he was lobbying the New York Legislature to consider the suffrage issue, he said, “Women are eligible with men for the electric chair, the prison and the tax roll. It seems intolerable that they should be ineligible for the ballot, the jury box, and to have their part in framing the laws under which they are required to live.”

Cultural leader, David Mannes (1866-1959) used his talent as a musician and conductor to support the movement.  In 1913 a pageant was held at the Metropolitan Opera House, where music was mixed with political addresses. Mannes led an orchestra where all the players were women. The respected artist was the husband of Clara Damrosch, the sister of renowned conductor Walter Damrosch. Named in their honor, the Mannes school of Music embraces the ideal that music can make a better world and change lives.