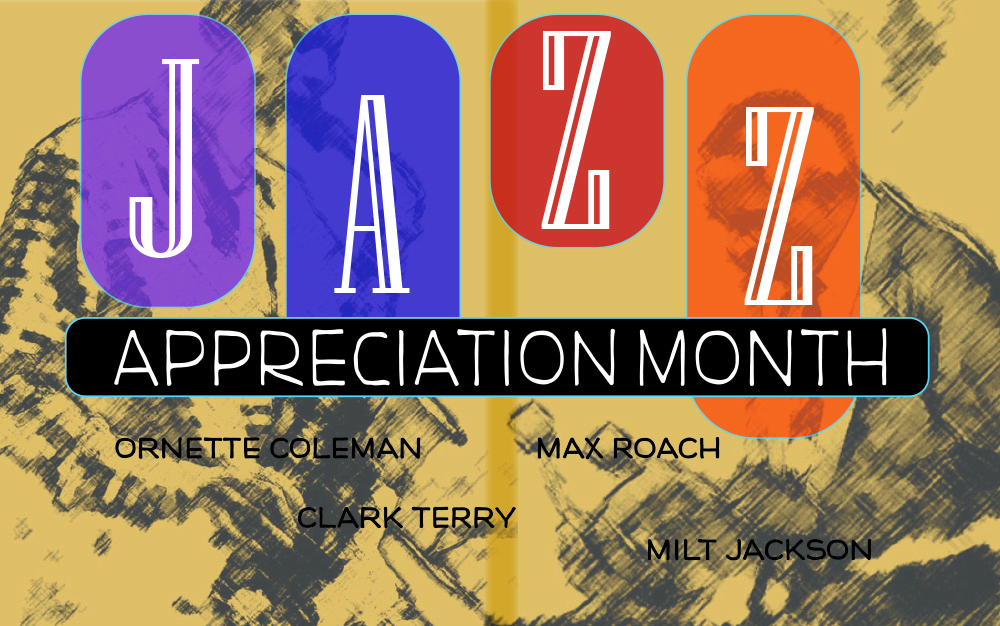 People who are passionate about the arts often visit cemeteries to honor those whose creations impact our lives.  Those who love classical music will go to Vienna’s Central Cemetery (Zentralfriedhof) to lay flowers on the graves of Beethoven, Brahms, Schubert and Strauss.  Readers of great American literature find their way to Sleepy Hollow Cemetery in Concord, Massachusetts to leave messages by the memorials to Thoreau, Emerson, Alcott and Hawthorne. During the month of April, thousands will make a pilgrimage to The Woodlawn Cemetery to visit the “Jazz Corner.” 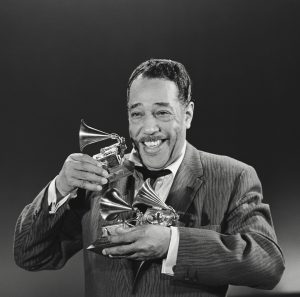 In 1959, Edward Kennedy “Duke” Ellington purchased a large family lot in the Wild Rose Plot.  Ellington made the decision to move his parents to Woodlawn, declaring New York as the place where he wanted to be memorialized.  For five decades the request from many members of the jazz community has been to find a space “As close to Duke as possible.”

Many of Ellington’s band members are at Woodlawn.  Arthur Whetsol and Sonny Greer, members of Duke’s early band, the “Washingtonians”, are at rest near Bricktop, the club owner who gave them their first big break.  Harold Nicholas, the brilliant tap dancer who was a star in Ellington’s Cotton Club show, is in the area.  A short distance away is the grave of Charles “Cootie” Williams, known for his signature growling sound.  Another member of the trumpet section, Clark Terry, asked to be somewhere between Duke and Miles, two colleagues he greatly admired.

Miles Davis distinctive memorial has an image of his downward trumpet resting beside the notes of “Solar.”  Davis’ daughter selected the 1954 composition to remember him because solar is sunshine, and “Dad would like that.”  Many of the monuments in Woodlawn’s jazz corner are unique, filled with instruments, song titles and images of those at rest.  An original drawing of Jackie McLean playing his saxophone etched into stone is a few feet away from a nine foot tall black granite panel of Illinois Jacquet on the tenor sax.  Lionel Hampton’s epitaph is two simple words Flying Home, his signature song. 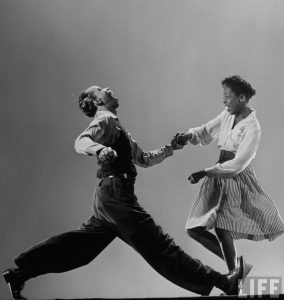 On top of the Hillcrest Plot, the newly developed area of the cemetery containing a portion of the Jazz Corner, there is a striking memorial to Frankie Manning, the swing dancer known as the “Ambassador of the Lindy Hop.”  Jazz violinist and composer Billy Bang is also on the hill overlooking Duke and Miles.  The headstone of Be Bop drummer Max Roach, which is graced by the words of poet Sonja Sanchez, is located on the path that takes you to the top of the crest.  Ornette Coleman, known among the leaders of the “Free Jazz” movement, is in this section, just a few steps away from Miles Davis. 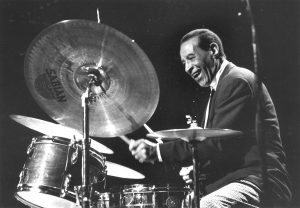 Jazz pioneers W.C. Handy, Joseph “King” Oliver, Clyde Hart and founders of the Clef Club (the first black musicians union) are at rest in the southwest corner of the cemetery, not far from the Jerome Avenue gate.  Coleman Hawkins is buried with family in the Yew Plot, trumpeter Joe Wilder is a few hundred feet away. Milt Jackson, Jonah Jones and Beverly Peer are in the Brookside Community Mausoleum which is convenient to the main entrance of the cemetery.

Many of the jazz musicians who chose The Woodlawn Cemetery as their final resting place are not native New Yorkers.  They made the decision to be among their friends and colleagues, as New York became their home and those who played “America’s Music’ became a family.  We participate in the Smithsonian’s JAM (Jazz Appreciation Month) http://americanhistory.si.edu/smithsonian-jazz/jazz-appreciation-month to celebrate the lives and music of the artists who have kept our toes tapping, heads bouncing and fingers snapping for a hundred years.